The 38th annual Madison-Dane County MLK Day Observance returned in-person on Monday, January 16, 2023 at the Overture Center for the Arts. The King Coalition welcomed Donzaleigh Abernathy to Madison as the keynote speaker and Telisa Yancey, President of American Family Insurance, as MC.

I had the honor of presenting Dr. Charles “Chuck” Taylor with an MLK Humanitarian Award. Dr. Taylor is a visionary and creative, accomplished educator and civil rights activist. Dr. Taylor grew up in Missouri where he marched during the civil rights movement. He has degrees from UW-Madison, the University of Oregon and Southeast Missouri State University. He is an educator, a retired professor and Dean. He is the Founder and President of Roar Enterprises, a consulting firm whose mission is to promote unity, cultural competency and racial understanding. Dr. Taylor’s vision resulted in the Urban League’s multi-million dollar building on S. Park Street, and he was the recipient of their 2009 Visionary Award. Dr. Taylor had a vision of Juneteenth as a national holiday, so he authored Juneteenth: A Celebration of Freedom, which was used in the movement to achieve national holiday status. Most of Dr. Taylor’s creative work is about the black experience and improving the lives of all people. His vision produced award-winning documentaries, TV shows, films, radio programs, theater pieces and over a dozen books. He produced the must-see documentary of 2022 Leaders of Madison’s Black Renaissance.

The late Wayne Strong, a pillar in our community, was also awarded the MLK Humanitarian Award. Wayne devoted both his personal and professional life to the betterment of his community. As a public servant with Madison Police Department, Wayne built authentic relationships with community members and fought for structural change. Wayne served as a City of Madison police officer, neighborhood officer, sergeant and lieutenant during his 24 years on the police force. He volunteered as the Southside Raiders Youth Football and Cheerleading Program coach, mentor, Director and Co-Director for over 27 years—bettering the lives of hundreds of young men and women. He had a deep commitment to social justice and reducing disparities, serving on the board of several organizations. These included his roles at the Urban League of Greater Madison, Overture Center for the Arts, Evident Change, Just Dane (formerly Madison-area Urban Ministry) and The Road Home Dane County. 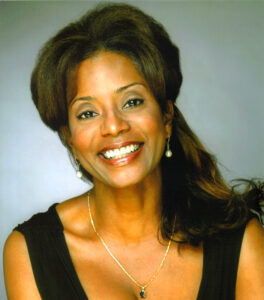 Keynote speaker Donzaleigh Abernathy made the legacy of Dr. Martin Luther King Jr. even more tangible in the compelling stories she told of the leader who was also a close family friend. Abernathy, the daughter of iconic civil rights leader Rev. Ralph Abernathy and Goddaughter of Dr. Martin Luther King Jr. is an award winning actor and writer who has authored Partners to History, Martin Luther King, Ralph David Abernathy and the Civil Rights Movement and was a contributing author to the Smithsonian Institute’s book In the Spirit of Martin. Abernathy and her siblings witnessed and participated in key civil rights moments and marches. Along with the King children, her family integrated Spring Street Elementary School which led to mass integration of schools in the south in 1965.

This content is free for use with credit to the City of Madison - Mayor's Office and a link back to the original post.
Tags: Honoring Rev. Dr. Martin Luther King Jr.