All-Electric Buses Coming to Madison in 2020 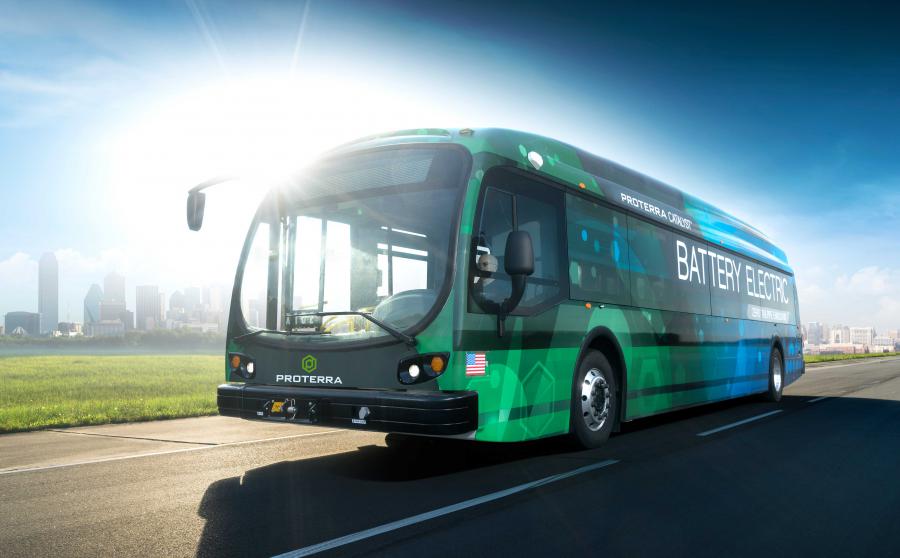 Metro Transit has been awarded a $1.3 million Federal Transit Administration (FTA) Low or No-Emission grant to help with the purchase of three Proterra battery-electric buses in 2020.

The FTA’s Low or No-Emission (Low-No) Vehicle Program provides funding to local and state transportation agencies to aid in the use and development of transit buses and infrastructure that use advanced fuel technologies. Metro is one of fifty-one agencies throughout the United States that received a share of the $55 million grant.

Each electric bus is expected to cost $667,000. Metro is committing $1,537,050 to this project which covers the cost of three of its regular diesel buses. The Low-No grant funding will provide the additional $1,278,950 necessary to purchase the new electric buses.

Buses are expected to hit the streets at the end of 2020.

Metro has always been firmly committed to finding new and different ways to reduce our carbon footprint. In 2007, Metro was the first transit system in Wisconsin to introduce hybrid-electric buses. All Metro buses also run on ultra-low sulfur diesel fuel.

In 2016, Mayor Paul Soglin named electric buses as a major element in the City’s sustainability plans and directed Metro to focus on introducing electric buses into its fleet. The Mayor set a goal of making 50 percent of our buses zero-emission by 2035.

To achieve this goal, Metro and the City of Madison has partnered with Madison Gas and Electric. MGE has committed to provide not only their technical expertise, but also local share funding for new charging infrastructure to ensure the most cost effective and efficient use of this new type of vehicle power.

Metro Transit has also partnered with the Center for Transportation and the Environment (CTE) to develop the winning proposal and will work with CTE to deploy the buses. CTE is a non-profit engineering firm whose mission is to move U.S. manufactured, clean transportation technologies into the marketplace. CTE’s involvement in these projects minimizes the risks associated with deploying advanced technology buses and ensures the most efficient operation of these buses.

Proterra is a leader in the design and manufacturing of state of the art zero-emission buses with more than 400 vehicles sold to 38 different municipal, university and commercial transit agencies in 20 states.

Proterra Catalyst buses can operate up to 350 miles on a single charge. The power/fuel cost to operate a Proterra bus is $0.16 per mile compared to $0.63 per mile for Metro’s hybrid electric buses, $0.74 per mile for compressed natural gas vehicles, and $0.84 per mile for standard diesel buses.

In addition to zero emissions and outstanding fuel economy, these buses create little to no noise when idling. In motion, they operate at a noise level that is measured below that of a normal conversation. It is also expected that these vehicles will carry a much lower maintenance cost than standard diesel buses.