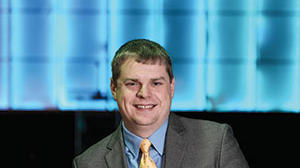 At IndyGo, Justin lead the team responsible for implementation of its BRT Red Line BRT, helped build one of the largest electric bus fleets in America, and was instrumental in the implementation of a new account based-fare collection system. Justin was also heavily involved in a route restructure of the IndyGo system.

Justin will work closely with Interim Manager, Natalie Erdman, as he becomes acquainted with Metro Transit.

Mayor Satya Rhodes-Conway recently said she was excited to bring Justin on board. “Justin comes at a critical time in Metro’s journey. He will help Metro negotiate the rapid changes associated with our COVID-19 response. Later he will use his extensive experience to build a more modern system that responds to the transportation needs of our region.”

Justin also recently shared that he is excited and honored to have this opportunity. "Metro Transit here in Madison is recognized nationally as an exceptional transit system. I look forward to working with elected officials and quality Metro staff as we move forward the MetroForward initiatives."