As the President of the Madison Public Library Board, I am concerned about a recent decision by a book publisher to limit public libraries' access to eBooks.

Macmillan Publishers, one of five major publishers in the United States, recently announced a new lending model that limits public libraries to only one copy of newly-released titles in digital formats, followed by an eight-week embargo on purchasing additional copies. For Madison Public Library, a library system with nine libraries serving more than 250,000 residents, the announcement is especially troubling because Madison offers eBook access through a statewide cooperative platform, Wisconsin’s Digital Library (wplc.overdrive.com) hosted by Overdrive.  This statewide model allows Madison to work with other public libraries in the state to share access to a single online collection and is more efficient and less expensive than all public libraries in the state hosting their own online collections.

However, under this relationship, all public library users in the state of Wisconsin will be limited to sharing a single copy of each new Macmillan eBook for the first eight weeks after it is released.  This change will take place November 1, 2019.

Macmillan’s decision is based on the premise that public libraries undercut publishers’ profits by providing free access to eBooks. This is no different than limiting the number of print books a library can purchase because they offer them free to the public.

Other top publishers have re-evaluated their library lending models without imposing an embargo. Hachette Book Group and Penguin Random House, for example, have eliminated long-standing “perpetual access” for libraries in favor of a two-year access model. This equates to electronic expiration dates on titles that require libraries to buy more copies, but does not limit them to a single copy initially.

In addition, public libraries are already required to pay higher rates for eBooks and eAudiobooks, at prices four or more times higher than what consumers pay.  Public libraries regularly purchase multiple copies at these inflated prices to meet customer demand.

To understand the impact of Macmillan’s decision, it must be put in perspective. Libraries maintain ‘Purchase to Holds’ ratios to minimize wait times for popular titles. As a statewide library collection, Wisconsin’s Digital Library attempts to maintain a 5:1 hold ratio. That means for every 5 holds placed on a title, the consortium purchases one copy with a goal to meet a maximum wait time of 1.5 months. For example, the bestseller Where the Crawdads Sing by Delia Owens still has 3,190 holds on 175 copies. Educated: A Memoir by Tara Westover has 1,578 holds on 96 copies. A recent bestselling Macmillan/St. Martin's release, A Better Man by Louise Penny, released on August 27, 2019 has 350 holds on 35 copies, a 10:1 hold ratio.  If that title were released on November 1, there would be 350 holds on one copy, delaying many customers’ holds for months.

Public libraries have embraced new technologies and formats to remain relevant and meet customer demand. In recent years, our library has promoted its eBook collection as an alternative to a physical book in response to consumer trends and local preferences. Today, over 12% of Madison Public Library checkouts result from remote eBook and eAudiobook downloads, a 163 % increase in the last five years alone.

Public libraries have become such an integral part of the fabric of our society and it is easy to overlook or take for granted one of our core principles: providing equitable access for all. Libraries must remain vigilant about ensuring fair access, which is why the Madison Public Library Board is asking Macmillan to reverse its new policy. Tens of thousands of readers have already added their names to a petition launched by the American Library Association, at eBooksForAll.org. I encourage members of the Madison community to sign the petition as well. 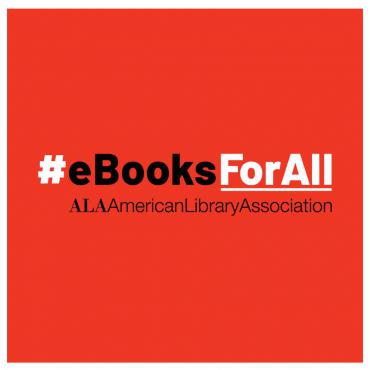