Archived News: This news release is more than one year old and may include outdated information.
The City of Madison’s alternate side parking restrictions will begin at 1 a.m. on Sunday November 15th.  That means that City of Madison residents must park their cars on the odd house numbered side of the street Saturday evening November 14th.

“We realize that most people don’t think about winter parking rules until we plow,” Streets Division spokesperson George Dreckmann said.  “However, our alternate side parking rules are in effect from November 15th until March 15th, regardless of weather conditions.”

The only area where the rules are not in effect every day is the Downtown/Isthmus Snow Emergency Zone.  The Snow Emergency Zone extends from Park and Proudfit Streets on the south and west to Thorton Avenue and the Yahara River on the north and from Lake Mendota to Lake Monona.  In this area, alternate side parking rules are only in effect during a declared snow emergency.

“Violations of the alternate side parking ordinance are punishable by fines of $20.  The fine increases to $60 during a Snow Emergency,” Dreckmann said.  “To avoid fines people should park their cars on the proper side of the street.  Residents should also remove seldom used vehicles, boats and other trailers from the streets now to avoid fines.”

Winter parking information is available by calling 261-9111 and on the City’s winter web site, www.cityofmadison.com/winter where residents can sign up to receive an e-mail notice and/or a text message whenever a snow emergency.  You can also sign up to receive Snow Plow Update e-mails that will let you know what our plans are for snow plowing salting and sanding operations.

“The alternate side parking ordinance is designed to help the Streets Division get our streets cleared as fast and safely as possible during snow and ice conditions,” Dreckmann said.  “By following the rules Madison residents will avoid tickets and help us complete our plowing operations as quickly and effectively as possible.” 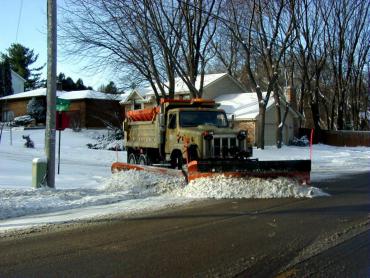