Madison’s Common Council this week voted to support Mayor Satya Rhodes-Conway’s
appointment of Angela Trudell Vasquez to serve as the next Poet Laureate for the City of
Madison. Ms. Trudell Vasquez will hold the volunteer position from January 20, 2020 until
January 16, 2022.

The Madison Arts Commission reviewed all the nominations for Poet Laureate at their October 2019
meeting and made their recommendation based on the poet’s productivity as a public poet, community
and youth education, as well as her literary accomplishments.

Trudell Vasquez is a third generation Mexican-American Iowan, completed an undergraduate degree at
Drake University, and received her MFA from the Institute of American Indian Arts in Santa Fe, New
Mexico. She has built strong connections with the poetry community in Milwaukee while living there, and
is building a similar community here in Madison.

“It is clear that Angela Trudell Vasquez will be a great advocate for poetry in Madison and will put her own
mark on the Poet Laureate Program,” said Madison Arts Commission chairperson, Kia Karlen. She added,
“Angie is developing deep roots in Madison and has demonstrated her commitment to our community,
but she also brings with her rich perspectives from other areas of the mid-west and south-west. Her
artistic vision and her regional and national relationships will help enrich and expand Madison’s poetry
scene while inviting new voices into our local poetry community."

Poet Rita Mae Reese, the Literary Arts Director of Arts + Literature Laboratory said, “As the poet Muriel
Rukeyser said, poetry is a vital but neglected resource, and we neglect it at our peril. Angie Trudell Vasquez
understands the power of poetry in her bones, and I can think of no better person to connect the people
of Madison to this elemental source, which is needed now more than ever.”

“Angie is an amazing poet herself. She radiates a grace that draws people to her and to the wide array of
poetry she loves to share. She inspires creativity in others.” Wisconsin Poet Laureate Margaret Rozga
stated in reaction to the vote on Tuesday.

Trudell Vasquez’s first reading as Madison Poet Laureate is scheduled on February 6th at
6:00 p.m. at A Room of One’s Own Bookstore, 315 W Gorham St., Madison WI 53703. The
reading is free and open to the public.

For more information about the poet laureate program or the new poet laureate, please visit
http://www.cityofmadison.com/MAC/poet.cfm. 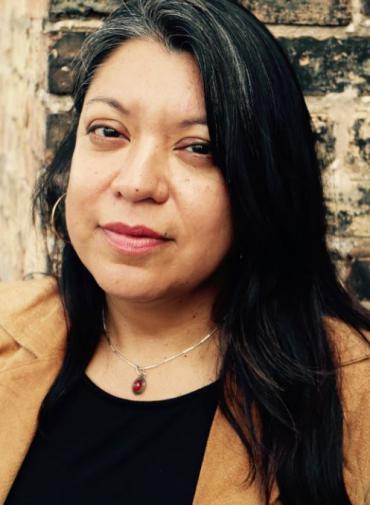