At 9:35 AM today the Chase Bank at 602 High Point Rd was robbed by a man displaying a hand gun.  The robber is described as a black male, 35 – 40 years of age, weighing at least 200 pounds and standing at least 6 feet tall. He was wearing a black, zip up hooded sweatshirt over a black t-shirt.  He also wore black sunglasses, black gloves and a blue or black bandana.  The man had a handgun tucked in his waistband.

Money was stolen by the bank robber.  No injuries were reported.

The public is asked to call police with any information about this crime. If you see this suspect, do not approach as he may still be armed.  Call 911 immediately. 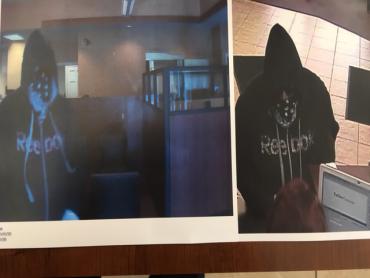