Behind the Scenes Look at the Voter Registration List

Across the City of Madison today, voters will celebrate National Voter Registration Day by registering to vote. What they won’t see is all that is happening behind the scenes to protect the integrity of the poll list.

WisVote, the state’s voter registration system, compares the name, date of birth, and ID numbers on each new voter registration to the data already in the state system. WisVote prompts the Clerk’s Office to review records with similarities so they can merge records where appropriate. Clerk’s Office personnel is careful to avoid merging similar records for distinct individuals. For example, twins often have similar names and Social Security numbers, and will share a date of birth. Many families pass on the same name for multiple generations, and sometimes two voters with matching names (often fathers and sons) will also share an address.

WisVote runs an additional check on a monthly basis to identify potential voter record matches throughout the state. The Clerk’s Office is responsible for examining these potential matches and determining whether there are any duplicates.

An interface between WisVote and the Department of Health Services identifies voter records and death records containing similar names and dates of birth. The Clerk’s Office reviews these potential matches every month and inactivates the registrations of voters who have passed away.

Similarly, an interface between WisVote and the Department of Corrections identifies potential felon matches every month. The Clerk’s Office reviews this data, inactivates the registrations of voters who have been convicted of a felony, and sends each of those voters a letter regarding the canceled registration. Within 20 days of an election and on Election Day itself, all voter registration applications are immediately checked against an ineligible voter list provided by the Department of Corrections.

As a member of the Electronic Registration Information Center (ERIC), Wisconsin, 19 other states, and Washington, D.C., compare voter records to identify voters who have moved, died, or registered to vote in another state. ERIC also compares voter records to DMV records and the National Change of Address system to identify voters who may have moved.  Private data, such as date of birth and ID number, is anonymized by the state before it is submitted to the ERIC data matching system.

Although ID numbers are included in voter data, it is important to note that getting a Wisconsin ID is not one of the qualifications required to be eligible to vote. For example, students from other states who are attending college in Wisconsin may continue to hold a driver license or ID from their parents’ state. They have a choice between registering and voting in Wisconsin or remaining registered and voting absentee from their parents’ address.

Additionally, the amount of time it takes a new Wisconsin resident to get a Wisconsin driver license or ID does not affect their eligibility to vote in Wisconsin. To meet the residency requirement for voting, an individual must live here for ten days prior to an election, have no present intent to move, and have not cast a ballot elsewhere for the same election.

Once someone registers to vote in Wisconsin, they remain on the poll list until they register to vote elsewhere, or they go four years without voting. In the summer of odd-numbered years, the state sends postcards to registered voters who haven’t cast a ballot for four years. Voters who sign this postcard and return it to the City Clerk’s Office will remain on the poll list.

Voters may check online to verify their registration at https://MyVote.wi.gov. 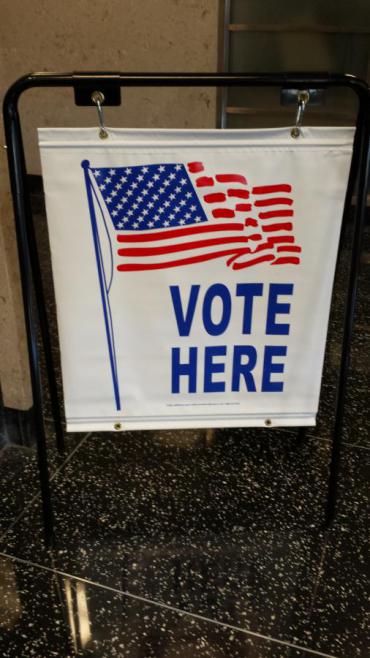