Capitol’s bid for construction was $6.26 million. The total project cost, including real estate, design and construction, is $7.9 million. The project is over budget by $700,000. The City and County will jointly fund the overage in accordance with the County Cost Sharing Policy. A budget amendment will be presented to the City of Madison Finance Committee on May 6. The amendment will move $290,000 of general obligation borrowing from an existing project, which has excess budget authority.

The project is expected to be approved by the Board of Public Works on May 8, then to Common Council on May 21.

The Buckeye Road reconstruction project is scheduled to begin mid-June 2019 and is expected to last through November 2019. This project spans from Monona Drive to South Stoughton Road.
The following will be completed in the six-month span:

Metro Transit would require parking to be removed, at least on the south/west sides of Major and Turner (as shown in map below), to permit two-way bus traffic along this detour. Metro Transit would generally anticipate crossing the Buckeye work zone, north-south on Turner (between Major and Allis intersections).
Short-term shifts to buses using Maher to cross Buckeye (one block east of Turner, if Turner is not crossable), should be feasible, with buses otherwise still operating between Allis and Major intersections.

There will be an average of two water shut-offs expected for each property within the project limits. A minimum of 48 hours of notice will be provided prior to the shut-offs. Each shut-off may last up to eight hours, but typically lasts about four hours. The existing main will remain in service until the new water main is installed and connected.

City, County Responsibilities
The project is funded using both City of Madison and Dane County funds. Property owners adjacent to the project will be assessed for certain items of work in accordance with City Ordinances and Policies. 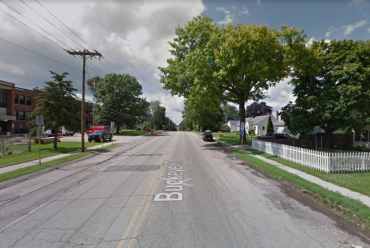 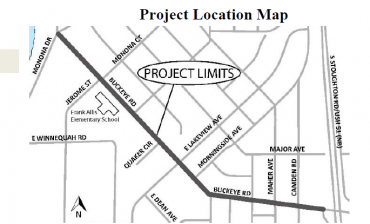