These agencies have agreed to work together to provide a highly visible presence to not only actively look for impaired drivers, but to also bring awareness to the dangers of drunk and impaired driving through prevention.  The goal of the task force is to reduce alcohol related crashes throughout the Dane County area and reach our goal of “Zero in Wisconsin”.

Select departments may be working in other communities to provide extra enforcement during the late night hours of weekend nights as well as working in their own communities as part of this group effort.  The task force is funded by a grant from the Wisconsin Department of Transportation, Bureau of Traffic Safety.

This is the 5th year for the task force that has grown from five departments to seventeen during that time.  For the first deployment of the year, the task force will be working in and around DeForest and Verona on Saturday night.

In addition, DeForest Police has also repurposed a squad car into a “Choose Your Ride” vehicle that is half a squad and half a taxi cab as an educational tool to bring awareness and promote discussion that the smart ride is taking a cab versus a ride to jail for drunk driving.  The vehicle will appear at numerous public events across the county this summer including parades, festivals, and sporting events. 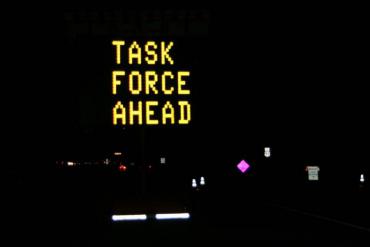