The new Wingra/Cannonball Path bridge over Wingra Creek, just east of Fish Hatchery Road will be named the “Robert F. Phillips Jr. Bridge,” to honor City Engineer Rob Phillips when he retires at the end of the month.
Phillips’ work with bridges are significant to his career, and for the City.  From early on in his career, he made sure the bridges looked nice in addition to being functional.

On April 19, the Common Council approved the naming and recognized Phillips’ 33 years of service to the city. A number of alders and Mayor Satya Rhodes-Conway shared their memories and congratulatory remarks during the April 19 Common Council meeting.

District 11 Alder Arvina Martin recalled Phillips’ work during the 2018 floods that devastated the City of Madison, which Phillips was Public Works Team Leader in charge of leading the City’s team in emergency response.

“He made sure my constituents felt like they were heard. He listened to the concerns, and he and his staff came up with solutions to help prevent a situation like this from happening again… That kind of immediate action in an emergency situation where we needed to get FEMA involved, it was really helpful to my constituents, but also to me, so I can help them as well,” Marin said. “I don’t think we would have gotten to get through that incredibly hard situation without the guidance of Rob Phillips.”

District 14 Alder Sheri Carter reflected on the constant and ongoing work toward stormwater runoff management in the City of Madison.

“Just the work over the years that your staff has done, trying to work with Alliant Energy Center and stormwater runoff,” Carter said, “but the dedication that you never tired, you never tired of hearing our problems, you always gave us a glitter of hope, and solutions.”

District 15 Alder Grant Foster shared how much he appreciated Rob’s approach to changing the landscape and structure of how the City approaches street design.

“You’ve really been a force for progressive change in streets design, and that’s not easy to do when you’re in charge of keeping everything rolling, and that tends to be a way to do things business as usual,” Foster said.

District 4 Alder Michael Verveer shared after working with Rob for almost three decades, how much of an impact he’s had in the downtown infrastructure.

“Your beautiful fingerprints are outside the streetscape outside the CCB [City-County Building on Martin Luther King Drive]. Every block in the fourth alder district, has been reconstructed while you’ve been in the City Engineering Division,” Verveer said. “ … You leave the City in such great shape in infrastructure, and downtown is the best examples of that.”

Mayor Satya Rhodes-Conway wrapped up remarks with sharing how much she appreciated Phillips’ leadership.

“The one word that jumps to mind is steadfast—you have been incredibly steadfast for the City of Madison for decades,” Rhodes-Conway said.

Phillips took a moment to acknowledge the comments:
“I’m just really moved by all the comments, from all of you. That just means so much to me, and I very much enjoyed working with the Common Council. We accomplished quite a bit together…Mayor: I appreciate your leadership during the pandemic, you stood up for democracy. I think it’s worth mentioning, the time you’ve picked to be mayor, is one of the most difficult times in decades if not longer, and you didn’t run away and you work extremely hard. Thank you mayor,” Phillips said. “To the Alders: You care deeply about the City and deeply about the planet. These are things I care about as well. It’s just a pleasure to work with you, current alders and past alders as well…”

Phillips also acknowledged his predecessor former City Engineer Larry Nelson, the Public Works Transportation Team, fellow Department Managers at the City of Madison, and his wife Lori and his children Emily and Nicholas.

“We have a remarkable City. We push to do the right things, not the easy things,” Phillips said. “I’m so proud of our city, what we’ve been able to accomplish. I’m proud to call Madison my home.” 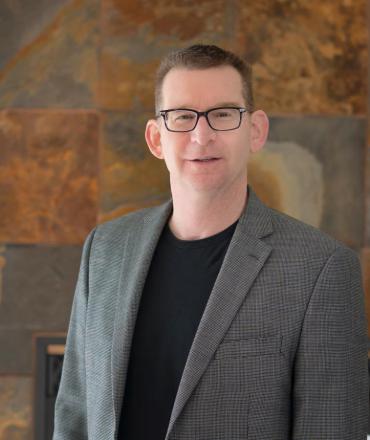