Mayor Satya Rhodes-Conway today announced the City’s Vision Zero initiative, setting the citywide goal of eliminating fatal and serious traffic injuries on Madison’s streets, sidewalks and paths by 2030. A resolution of support was unanimously approved by Common Council on July 14, 2020.

The core principle of Vision Zero is that death and injury on city streets are preventable. This approach emphasizes smarter and safer street designs that help to reduce dangerous driving and that account for human error, while providing education, community engagement and data-driven enforcement . More than 40 cities across North America have established Vision Zero, and many nations across Europe and around the world have implemented similar programs to eliminate traffic deaths.

A key part of this initiative, and the next important step, is the creation of a Vision Zero Action Plan detailing the strategies to eliminate serious and fatal injuries in Madison by 2030. This action plan will bring City agencies together to draw heavily on crash data and also include information collected through public engagement with the general public who use our streets, who live in areas that experience high crash rates, and those who advocate for safer streets for all modes. The Vision Zero Plan will use this data and community input to inform strategies to improve infrastructure and behaviors on the city streets.

Multiple studies that demonstrate the chances of a pedestrian being killed by a car traveling 20 mph is 10% while the chances of being killed when struck by a car traveling 40 mph is 80%. “Vision Zero will change how the city designs and operates streets, paths and sidewalks,” said Tom Lynch, Madison’s Director of Transportation. “With Vision Zero we are taking a data driven approach to making our roads safe for everyone whether they walk, bike, take transit or drive.”

The City recognizes the need to prioritize equitable investments of resources and action. Serious and fatal injuries frequently occur on roads in or near low income neighborhoods and Dane County residents who are Black are more likely to be killed in traffic crashes. The Action Plan will address the disproportionate impacts of traffic crashes as well as enforcement on people of color and develop strategies to reduce and eliminate those harms.

The City will implement a first round of Vision Zero projects in high-injury crash locations with funds that were included in the 2020 budget. Vision Zero projects approved by the Common Council for 2020 include speed limit reductions, crosswalk improvements and other design elements that reinforce safety.

Between 2014 and 2018, 14 people walking or in wheelchairs; four people riding a bicycle, and 26 people driving or riding in a vehicle have died on streets in Madison. “Deaths and serious injuries in Madison are not just something inevitable or mere statistics that can be forgotten,” said Mayor Rhodes-Conway. “Every single death or serious injury results in tragedy for all those involved as well as their family and friends.” 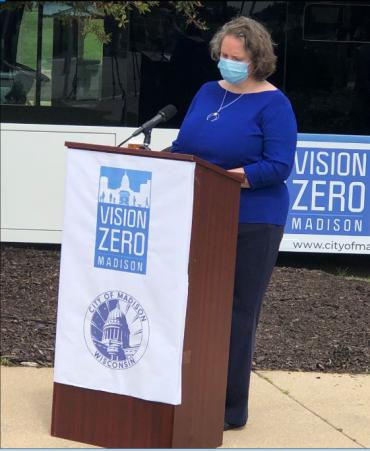 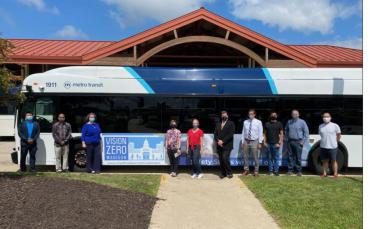