One of five new rural Wisconsin solar projects is anticipated to begin generating renewable energy in Argyle, Wis. by mid-June 2019. The City of Madison supports, in partnership with BluEarth Renewables and OneEnergy Renewables, five new solar array projects that will increase in-state solar capacity by 15 percent. The City has invested $1.4 million into the $18 million overall cost of projects.

The additional four solar projects will be installed in the Wisconsin communities of Cumberland, Elroy, Fennimore and New Lisbon.

In total, the five solar projects will add 40,000 solar panels to the region and will produce enough electricity to power for 2,500 average Wisconsin households. In addition, the projects have been designed to establish more than 50 acres of pollinator-friendly habitat, which will be planted, beneath the solar arrays. 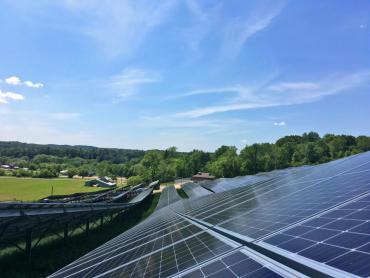