The Madison Police department is looking for assistance in identifying the person who is depicted in the attached composite sketch.  The subject of the sketch was seen in the area of the attempted homicide that occurred on 09 12 2015 at approximately 12:00 am on the bike path near South Livingston Street.
This person of interest is described as a Latino or light complected black male with brown eyes who appeared to be approximately 25 years old.  He is about 5’07” tall with an average build, prominent cheek bones that were higher near his ears. His eyes appear slightly sunken.  This male had a 5 – 7 day patchy beard growth.  He was last seen wearing a baggy hoody and blue jeans.

If you can identify this subject or have any information about this investigation, please call 266-4451 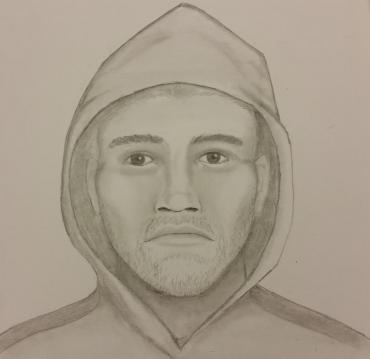