Council Leadership Statement on Juneteenth in the City of Madison

Juneteenth is the oldest known celebration honoring the end of slavery in the United States.  General Orders No. 3 arrived in Texas on June 19, 1865. The day is formally recognized and celebrated in 47 states and the District of Columbia. Wisconsin in 2009 became the 32nd state to recognize Juneteenth.  Today, Juneteenth is a day we should all reflect on its a day that is relevant in history, but it is especially relevant this moment in time. On, June 17, 2020 The City of Madison and Dane County raised the Juneteenth flag joining many other cities recognizing the importance of Juneteenth. In addition, On June 19, 2020 Governor Evers and legislators raised Juneteenth flag today for the first time at the capital.

Council President Carter stated, “As the Madison Common Council and Mayor begin to work on creating the 2021 Budget that is both a moral document and a symbol of our commitment to addressing the disparities in our community, we ask all Madisonians to reflect on what Juneteenth represents - the idea that we cannot and should not give up on righting the wrongs of the past.”

WHEREAS, it has been over 400 years since the first Africans were enslaved and violently brought to what would become the United States, including to Florida in 1526 and to Point Comfort, Virginia, in 1619; and;

WHEREAS, it was not until June 19th, 1865, that federal troops arrived in Galveston, Texas, finally emancipating enslaved Texans; and,

WHEREAS, news of the end of slavery traveled slowly to enslaved laborers throughout Texas, with some plantation owners keeping the news from them until after the harvest of that year; and,

WHEREAS, June 19th is known as Juneteenth in acknowledgement of that fact, and to commemorate this date as the end of slavery in the United States; and,

WHEREAS, although slavery was formally abolished in December of 1865 with the enactment of the 13th amendment to the US constitution, it contains an exception for the labor of incarcerated individuals, which has incited a rash of practices, policies and laws targeting and disproportionately disenfranchising Black people in America through criminalization, exploitation of their labor, mass incarceration and voter suppression; and,

WHEREAS, in 1866, emancipated men and women in Texas began celebrating Juneteenth as Jubilee Day; and,

WHEREAS, 47 states, including Wisconsin, have declared Juneteenth to be a state holiday; and,

WHEREAS, Juneteenth reminds all of us of the continued resilience of people of African descent in America; and,

WHEREAS, protests against systemic racism and its brutal consequences for Black people have swept through all 50 states and across the globe, which demonstrate that   persistent inequalities continue to exist, particularly in mass incarceration, income disparities and home and business ownership; and,

WHEREAS, according to Wallethub’s recent study of 50 states, Wisconsin ranks as the state with the worst economic racial inequality across eight major metrics, including median income, unemployment rate, homeownership rate, and poverty; and,

NOW THEREFORE BE IT RESOLVED, that the City of Madison calls upon all Madisonians to take up the charge to promote racial equity and social justice, particularly in the City of Madison, in order to bring true meaning to the significance of this day as we embark on ways to eradicate systemic racism though police reforms, and addressing health and economic inequities; and,

BE IT FINALLY RESOLVED, that the Madison Mayor and Common Council Leadership proclaim June 19th, 2020, in commemoration of Juneteenth. 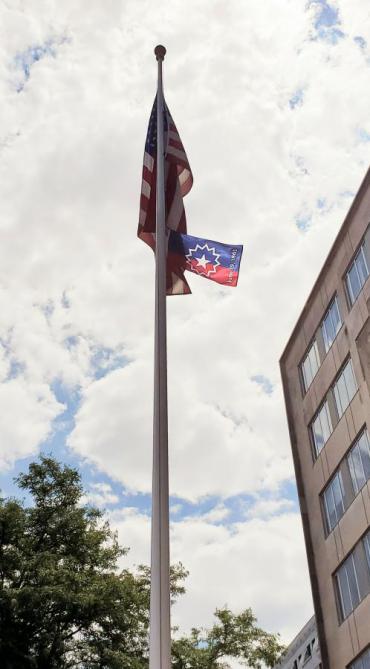 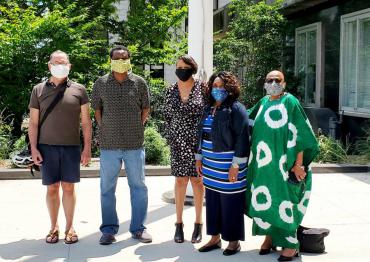