Wagner authored We've Been Here All Along: Wisconsin's Early Gay History (2019) and Coming Out, Moving Forward: Wisconsin's Recent Gay History (2020). He was a founding member and served on the boards of numerous local and national organizations, including the Olbrich Botanical Society and Fair Wisconsin. As one of the first openly gay officials in the nation, Mr. Wagner was a founding member of the National Association and Conference of Gay and Lesbian Public Officials (now Victory Institute) and co-hosted the 5th annual conference in Madison with now Senator, Tammy Baldwin.

Mayor Satya Rhodes-Conway declared June 25, 2019, as R. Richard Wagner Day in a Mayoral Proclamation honoring his long-time work for the community. At his passing in December 2021, Mayor Rhodes-Conway expressed in a statement, “he was a kind and generous man who treated everyone with respect and dignity. His loss will be felt for many years.”

Wagner may be best described by his long-time friend, Mark Webster. “Dick Wagner was the gentile revolutionary who changed the landscape of Madison,” Webster shared, “and was a national pioneer for LGBTQ rights and did both with intellectual horsepower and old-fashioned civility.”

On Friday, October 21, we will honor his legacy in a park dedication ceremony, renaming Kerr-McGee Triangle Park to R. Richard Wagner Park. The community is invited to attend.

Parking: Guests arriving by car for the event, may find street parking or use the Madison Elks Lodge parking lot, 711 Jenifer St. 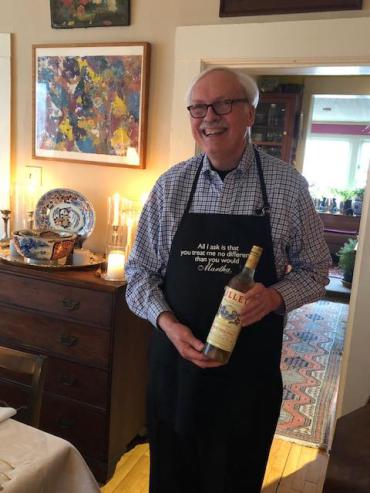