The next time anyone searches for “how to build a rain garden” on the City of Madison Engineering website, they’ll come across the name of a man whose lifelong work has been dedicated stormwater quality and bettering our community as a whole.

The City of Madison Engineering Division is proud to honor and rename its rain garden program “The Roger Bannerman Rain Garden Initiative.” The Madison Common Council approved the name change and dedication Sept. 15, 2020.

The “Roger Bannerman Rain Garden Initiative” program will continue to provide grant funding and technical assistance to private property owners who would like to construct a rain garden in the terrace of their property associated with a street project. The program will also continue to support the funding in the Green Infrastructure Pilot area, where the City provides funding for rain gardens on private property.

Bannerman began his career at the Wisconsin Department of Natural Resources (WDNR) in 1975. He retired from the WDNR in August 2012 and went on to be a contract employee for the Wisconsin United States Geologic Survey (USGS).

During his career he worked tirelessly to incorporate science into the regulatory framework for stormwater management in Wisconsin and also used it to guide the stormwater goals in Wisconsin’s Municipal Separate Storm Sewer (MS4) permit program.

Roger has countless publications describing his research. He also authored the Wisconsin Rain Garden Manual, a document in use today.

Roger was instrumental in advocating for and helping implement the Adams Street Rain Garden pilot project in 2005 that eventually became the current Engineering Rain Garden program.

“Madison is lucky to have residents dedicated to stormwater quality in our community. We create positive change through a lot of little changes,” Fries said. “However, someone like Roger is really rare, an expert in his chosen field who not only values the work he does, but is able to share and communicate those values with others for the benefit of all. Madison, the larger stormwater community and myself are all lucky to work with Roger and we are proud to name our program after Roger especially since he was the one who started it.” 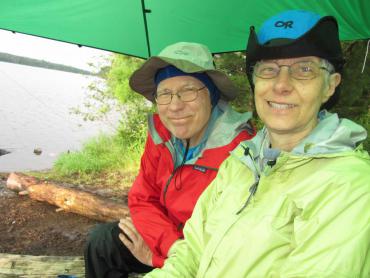 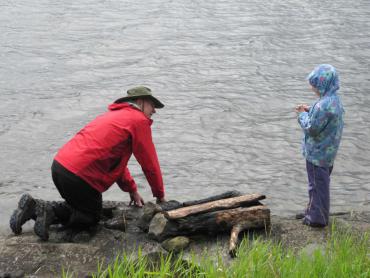