The cause of an early-morning structure fire at Cowboy Jack’s is currently under investigation.

The Madison Fire Department was dispatched to the 1200 block of John Q. Hammonds Drive early this morning for reports of a commercial structure fire. The call was dispatched at 3:29 a.m., with Ladder 2 and Medic 2 the first arriving units. Initial reports of a structure fire were confirmed by on-scene units, and additional resources were dispatched at that time. First arriving units found heavy fire and smoke coming from the building.

MFD crews made a rapid 360-degree assessment and, due to heavy fire conditions, went into a defensive strategy immediately. The fire was contained in approximately one hour, with overhaul and investigation of the fire continuing.

There were no injuries or fatalities.  At this time, there are no estimates on the amount of damage, and no information available regarding the cause of the fire.

Further updates may be issued as information becomes available. 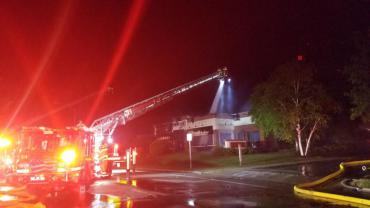 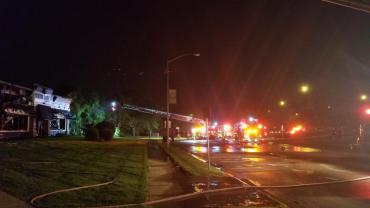