The Engineering Division is proud to announce its reconstruction work on a flooding improvement project on the City’s west side earned one of the American Public Works Association’s Public Works National Small Project of the Year for 2020.

The Engineering Division earned an award for its work on the Southwest Bike Path Culvert at the end of Waite Circle, which is located just east of Midvale Boulevard. This award was earned for:

The City of Madison Engineering Division shares this award with Brown and Caldwell and R.G. Huston Co. Inc.
“The construction cost for the project was almost $1.5 million.  It was a very aggressive project with no funding allocated for it, but the need was immense and it was important to keep our promise to the neighborhood to complete this project on time,” Engineer and Project Leader Caroline Burger said. “This was a true team effort with the neighborhood, consultants, city staff and partners at RG Huston.”

Need for the project

In August of 2018, the west side of Madison, Wis., received over 10 inches of rain in a 12-hour period. For reference, National Oceanic and Atmospheric Administration Atlas 14 statistics show the 12-hour 1,000-year recurrence interval storm at 8.92 inches. This rain event was well over the expected or projected amount of rain received.

In 2019, the City moved from emergency response and repair to widespread citizen information/education campaigns, comprehensive and detailed watershed monitoring and modeling and immediate infrastructure upgrades. Waite Circle was designated as an immediate upgrade. The community was flooding regularly because of a 2017 emergency fix in the area, and needed a permanent fix for the future.
The City would like to thank the residents of Waite Circle for providing feedback during the process of the project, information and patience with Engineers as our team worked to find a long-term solution. 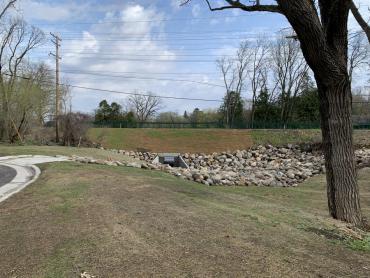 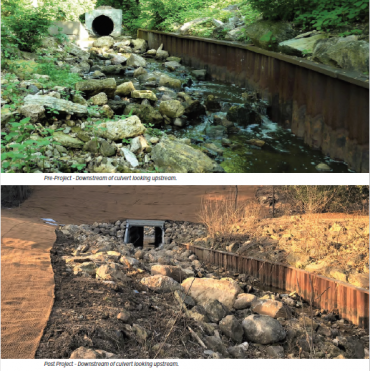