The Streets Division would like to introduce you to our newly named electric compactors.

The compactor for trash is named Rosie the Rubbisher.

The compactor for recycling is named Stone Cold Squeeze Often.

The compactors are available for use by Madison residents at the east side drop-off site located at 4602 Sycamore Ave.

The site hours have changed this year, so be sure you check the hours on our website before loading your vehicle.

How were the names picked?
Earlier this year, an election was held where voters had an opportunity to name the electric compactors.

The name with the most total points was selected to be the winner.

Voting Results – Trash Compactor
Rosie the Rubbisher received a total of 4,342 points from appearing on 1,225 ballots.

Rosie did not receive the most first place votes in the trash compactor election - that honor went to Crush Farley.

Rosie won the election because the name received many more second choice votes than the next competitor.

A full breakdown of the voting can be found on the compactor website.

Stone Cold received the most first-place votes by a wide margin in the recycling compactor election.

Interestingly, Stone Cold only appeared on the third-most number of ballots. Both Sir Crushalot and George Squashington appeared on more. Stone Cold won the election because of that large lead in first choice votes.

A full breakdown of the voting can be found on the compactor website.

Additional Information
More information about the drop-off sites and the electric compactors can be found at www.cityofmadison.com/DropOffSites.

Information about all of the Streets Division services can be found at www.cityofmadison.com/Streets. 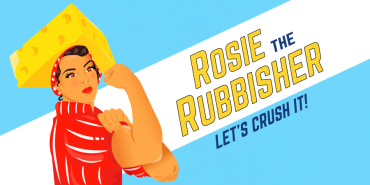 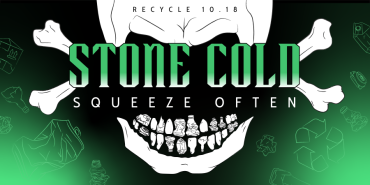