The award was created by the Common Council to honor Madison residents who exemplify Jeff
Erlanger’s model of fairness, openness, and civility in public discourse.  Jeff, who passed away in 2007, was committed to public service.  He understood that through civil debate and effective representation, those with varying opinions could come together on how to solve issues within the community.  Mr. Erlanger served on the City of Madison’s Economic Development Commission and chaired the Commission on People with Disabilities as well as the Board of Directors of the Community Living Alliance.

In preparation for the redevelopment she guided the use of community art, place-making and cultural programming to elevate the voices of residents.  She increased residents’ connection to each other, and strengthened their role in neighborhood stewardship.  Her efforts to reach the stakeholders in the project included years of discourse, individual interviews and meetings in three different languages.  Through her work, the Bayview Foundation redevelopment will create beautiful healthful homes for low-income residents and will include an additional 200 units.  You can learn more about the Bayview Foundation work here.

“It is an honor to be involved in the Civility in Public Discourse Award and especially to meet the recipients of the award,” said Mayor Rhodes-Conway. “I have had the pleasure of working with Alexis in the past, and am impressed by her work on equity and sustainability in the Bayview redevelopment project, with a focus on a design that centers resident voices.  Bayview and Madison are lucky to have her as one of our leaders.”

“What the Bayview Foundation has accomplished under Alexis London’s leadership is nothing short of incredible,” said Pam Erlanger, Jeff’s mother.  “That she accomplished it by working at the grass roots level, bringing people together and quietly building support to reach this result, makes her an outstanding choice for the Civility in Public Discourse Award.”

“Jeff Erlanger was a visionary individual who was so committed to justice, kindness and conversation. I'm honored to be the 2022 recipient of the award created in his honor,” said London. “At Bayview, I have the privilege of working with individuals and families that come from many different countries, cultures and backgrounds. I relish the opportunity I have to connect with Bayview residents and be a part of translating their hopes and interests into Bayview's redevelopment. This work takes time, curiosity, creativity and good listening skills, all of which are traits that Jeff exemplified in his work and way of being.”

London was nominated by Mary Berryman Agard who stated, “It’s great to live in a city that honors civility in the name of such a compelling advocate as Jeff Erlanger. It’s great to be able to nominate a gracious, creative, and joyful colleague who listens, learns, and collaborates as easily as she breathes. And it’s great to know the Bayview she is building will continue to set a standard for just approaches to affordable housing for years to come.”

As a result of the establishment of a fund within the Madison Community Foundation, the awardee and the nominator are able to designate a $250 contribution to the non-profit of their choice.  Alexis London and Mary Berryman Agard have both designated their donation to the Bayview Foundation.

The Erlanger Award is an annual recognition and will be presented at the December 6, 2022
Common Council meeting, which is the closest meeting to Jeffrey Erlanger’s birthday of   November 30. 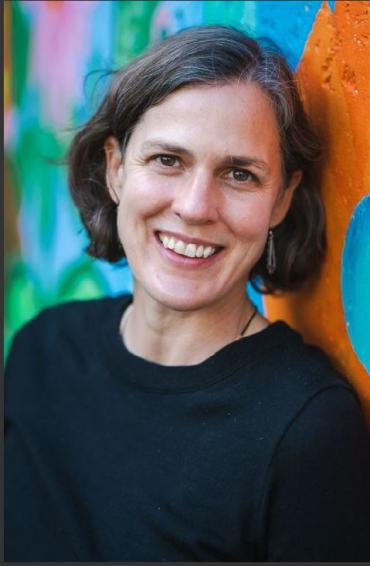