City of Madison crossing guards say they - and the children they’re protecting – are being placed in increasingly dangerous situations because of drivers who are breaking the law.

So far 256 citations for “failure to yield to adult school crossing guard” have been issued this year. That compares to 151 during the same time span last year. In fact, in all of 2013 there were only 198 tickets issued.

MPD crossing guard supervisor Patti Knoche says higher traffic volumes and increased driver inattentiveness are mostly to blame. She also says guards are doing a better job of recording information needed for citations to be issued. Guards received training this past August on how to best capture license plate numbers and vehicle descriptions. Those are provided to a MPD lieutenant, and he is the person who writes the citations.

Madison‘s crossing guards encourage drivers to know the law, and to follow it. Their lives and the lives of children depend on it. 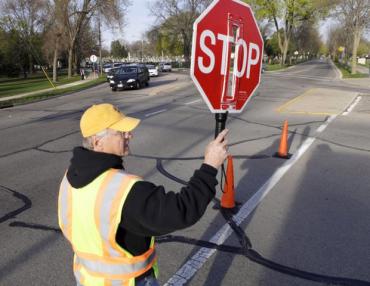