More than $1-million worth of plants seized

Dane County Narcotics Task Force leaders say it is one of the largest indoor marijuana grow operations ever located in the county. It has now been dismantled. Over 1,100 plants - with an estimated street value of over $1-million - have been confiscated, as has sophisticated growing equipment, and a 12-gauge shotgun.

Arrested in the execution of 4 search warrants yesterday was Donald E. Alston, age 44, Madison. Mr. Alston has been tentatively charged with 4 counts of manufacturing THC (marijuana); in one case less than 1000 feet from a school, maintaining a drug dwelling, possession of THC with the intent to deliver, and possession of drug paraphernalia.

Search warrants were executed at 3 Madison locations and one in the Town of Sun Prairie: 1838 Boyd Ave., 4201 Sycamore Ave., 4810 Retana Dr., and 3088 Burke Rd. It’s believed the suspect was living at the Sycamore Ave. location which is where the shotgun was seized. All properties had basements with space converted to grow rooms. The suspect has been directly connected to all 4 of the properties.

The Task Force was assisted by the Drug Enforcement Administration, the Wisconsin Department of Justice’s Division of Criminal Investigation, the Dane County Sheriff’s Department, and the Madison Police Department.

“The Task Force could not have safely undertaken this operation without the help of our partners,” said Lt. Jason Freedman, Madison Police Department. “To my knowledge, this was one of the most resource intensive and large scale warrant executions the Task Force has undertaken, and I believe it is a tribute to the teamwork and commitment of all the agencies involved that it went so smoothly,” said Lt. Freedman. He is the Task Force’s leader.

The investigation began with a tip from a confidential informant in July. The seized plants were in different stages of growth, from young to mature, with some producing very high quality marijuana.

The investigation is continuing and additional arrests are possible. 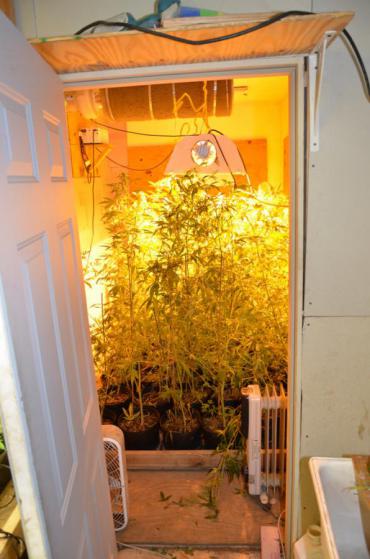 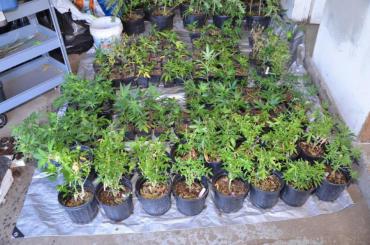