The City of Madison Engineering Division will allow use of low-carbon concrete in the construction of public sidewalks and curb and gutter thanks to the work and initial passion of a couple local Girl Scout troops.

The City is taking this action to mitigate the climate challenge created by concrete production. Due to the sheer volume of concrete used globally, and the emissions intensity of cement — concrete’s key ingredient — the manufacturing of concrete generates an estimated 7 percent of the world’s carbon dioxide emissions.

“It was so great to meet with these Girl Scouts. Their research, understanding, presentations and dedication to climate change and sustainably is incredibly impressive,” Rhodes-Conway said. “They are already making a difference – their actions spurred our investigation into low-carbon concrete options. I have no doubt we will be hearing more from these young women in the future.”

The idea for the pour demonstration came after the Girl Scout troops presented about the benefits of low-carbon concrete at a City of Madison Board of Public Works meeting earlier this year. The scouts were so passionate about sharing the positive impact low-carbon concrete can have on the environment; they continued to bring awareness to the topic in the greater-Madison area through their YouTube project launch video and their latest educational YouTube music video. The scouts’ work has also been featured on the Carbon Leadership Forum, a national organization focused on addressing embodied carbon in structures.

The concrete slabs poured for the demonstration will be used for the Pallet homes at 3202 Dairy Drive, to raise the homes off the ground out of any potential pooling around the foundations. Wingra Redi-Mix donated the low-carbon concrete, made with CarbonCure technology.

CarbonCure Technologies
CarbonCure Technologies manufactures technologies for the global concrete industry that introduces captured CO₂ into fresh concrete to reduce its carbon footprint without compromising performance.
Once injected, the CO₂ undergoes a mineralization process and becomes permanently embedded. This results in economic and climate benefits for concrete producers.
"The City of Madison is one of the first cities to complete a pilot project with lower carbon concrete. In particular, Mayor Rhodes-Conway deserves enormous credit for directing the city’s Division of Engineering to conduct this pilot after learning about the climate challenge created by concrete used for municipal infrastructure and construction projects," said Eric Dunford, Sr. Director of Government Affairs at CarbonCure Technologies. "We are hopeful that the City of Madison’s pilot project will inspire other cities across the country to seek out technologies that aim to reduce carbon emissions." 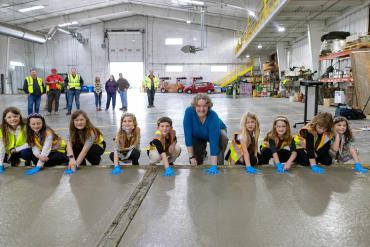 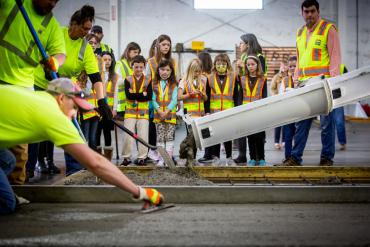