Ed Ruckriegel, Fire Marshal and Emergency Management Coordinator for the City of Madison, will retire effective December 29, 2022 after 32 years of dedicated service. Ruckriegel came to the City of Madison Fire Department as a Fire Protection Engineer on July 16, 1990. In 1994, he was promoted to Fire Marshal, and he was appointed as the City’s Emergency Management Coordinator in 2005.

Under Ruckriegel's leadership, the City of Madison saw an expansion of its fire prevention and community education services, allowing the department to take a more progressive and comprehensive approach to protecting lives and property. Today, the Madison Fire Department's Fire Prevention Division is comprised of full-time civilian professionals entirely dedicated to code enforcement, building plan review, and inspections, including elevator code enforcement. Its Community Education Division provides direct outreach to people of all ages through annual visits to local elementary schools, fire safety and injury prevention presentations at senior living facilities, community attractions like Safety Saturday, and personal visits to private and public properties by request.

In 2008, Ruckriegel spearheaded a movement, along with local elected officials, to update the City's smoke alarm ordinance. The initiative came on the heels of an unprecedented number of fire fatalities in Madison the prior year. The resulting Peter Talen Memorial Smoke Alarm Ordinance was passed by the Madison Common Council in 2009 and went into effect in 2010. It brought local regulations to a higher standard than state and federal requirements. Under the ordinance, all properties must be equipped with tamper-resistant smoke alarms powered by 10-year lithium ion batteries, alarms must be placed both inside and outside each bedroom or sleeping area, and property owners must provide tenants with fire safety education.

Ruckriegel was also instrumental in securing a “Class 1” classification for the City of Madison from the Insurance Service Organization (ISO), a distinction held by only three municipalities in the state of Wisconsin. Because most insurers use the ISO's Public Protection Classification Program when underwriting and calculating insurance premiums for residential, commercial, and industrial properties, property owners in the Madison Fire Department's jurisdiction have been able to enjoy lower insurance rates as a result of the city’s Class 1 status.

In addition to serving as Madison's Fire Marshal, Ruckriegel has served as the City's Emergency Management Coordinator for the past 17 years. In doing so, he oversaw the City's response to multiple large-scale emergencies, including natural disasters and the Covid-19 pandemic. With the demands of this role only increasing since its inception, the City of Madison plans to hire a full-time Emergency Manager in 2023.

For Ruckriegel and those who devote their career to fire prevention, success is measured in the fires and tragedies that don't happen. Thanks to the department's multi-faceted approach to fire prevention under Ruckriegel's watch, Madison is celebrated as one of the safest places to live and work. As he steps into retirement, Ruckriegel hopes that fire sprinklers take on greater prominence and popularity.

“We've done everything we can in terms of fire prevention in the home,” said Ruckriegel. “The reality is the home environment is changing so much in terms of how fast things burn. If we really want to save lives or reduce the number of fire deaths in this country, we've got to increase the number of fire sprinklers in our homes.”

In the new year, Ruckriegel will assume the role of Wisconsin Chapter Coordinator for the National Fire Sprinkler Association.

A national search for the City's next Fire Marshal is now underway. View the position description. The City will be accepting applications until Tuesday, December 20, 2022 at 11:59 p.m. (Central Time). 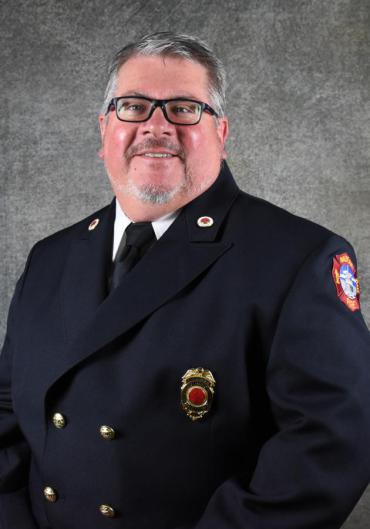