Mayor Paul Soglin announced today that Oscar Mireles has agreed to serve as the next Poet Laureate for the City of Madison. Mireles will hold the volunteer position from January 18, 2016 until January 15, 2018.

"I have known and respected Oscar Mireles for many years, and his talents are wide-ranging," said Mayor Soglin. "I am delighted that as Poet Laureate he will share his poetry with a wide audience. We can all appreciate, and learn from him."

"Having worked with Oscar in many ways over the past number of years, I am truly excited to welcome him as Madison's fifth Poet Laureate. I have seen and heard first-hand how he encourages people in our community to share their stories, to add their voices to the conversation. He empowers and makes possible conversations that otherwise might not happen. His work as teacher, as editor, and as poet all prepare him well for the opportunities that come with the Laureate position. Madison is a vibrant, multilingual community and Mr. Mireles is a superb choice for City Laureate." Sarah Busse, one of the current Poets said.

Wendy Vardaman, another of Madison’s current Poets Laureate wrote, "Oscar Mireles has been writing, making space for, and promoting the multilingual voices of other Wisconsin writers for decades through his anthology series, I Didn't Know There Were Latinos in Wisconsin. A community leader and builder as well as a poet, he has been a tireless supporter of writers at all points of their careers, encouraging adults and young people to tell their stories and providing the means for them to do that with efforts such as the anthology series and his work on behalf of literacy. I'm so pleased that Madison recognizes not only the important work of Mr. Mireles, but also the many ways that the rich and varied writing communities that he works with benefit all of us."

In support of his nomination, Mark Fraire, Director of Cultural Affairs for Dane County said, "Oscar Mireles has been writing poetry for over 30 years and has published, among many publications, 3 editions of his book I Didn't Know There Were Latinos in Wisconsin. His writings often offer a glimpse into the life of an American born Latino, youth and family, education, history and current events. I have had the pleasure of knowing and working with Oscar for over 25 years through many different community activities in which his priorities have always been how can we do better, how can we help more people, and how can we give our communities greater access to the arts. Oscar is certainly well deserving of this award because his poetry speaks to the heart of what drives our community: achieving equity, inclusion, and justice in an often chaotic world."

On Sunday, January 31, 2016 from 2:00 p.m. - 4:00 p.m. there will be a reception and poetry reading celebrating the new Poet Laureate at Centro Hispano, 810 West Badger Road Madison WI 53713. Poets Laureate Emeriti will read, as will other notable area poets. The reception is free and open to the public. All are welcome to come and share in honoring Oscar Mireles as Madison's new Poet Laureate.

For more information about the poet laureate program or the new poet laureate, please visit http://www.cityofmadison.com/MAC/poet.cfm. 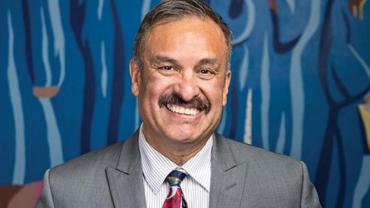