Each police captain or civilian manager nominated an employee to represent their unit within the department.

“We have six different districts. Officers go a long time without seeing each other. This is a good way to get people together to help others,” said Assistant Chief Brian Austin, who was also competing in this year’s contest.

MPD employees had the opportunity to buy a bowl of chili or samples. All the money raised will be split evenly between the families of former officers who recently passed.

“It’s a huge family. The patch and the badge really connect us in ways that are pretty unique,” Austin said.

There were 15 entries this year. Each one was ranked on its flavor, spiciness and uniqueness.

“This was a fun way for officers to interact with one another and members of our community,” said Alex Ricketts who serves as the community engagement specialist for the department.

“MPD knows how to make chili! There were so many great entries. It was hard to pick a winner,” Spreiter said.

Erik, an employee in the records department, took home the top prize. Assistant Chief Brian Austin also won in the most unique category.

The Madison Police Department thanks its employees and community judges for participating in the contest. 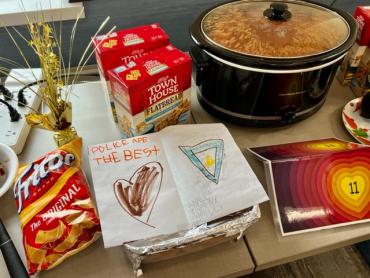 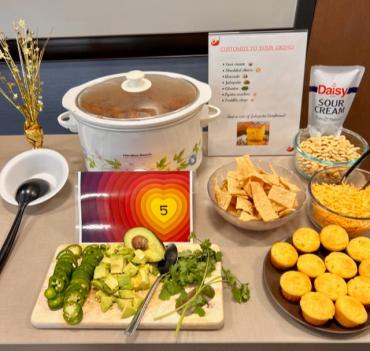