“Medallion hunts aren’t common in the Ho-Chunk culture, but they are common in my family,” said Cloud. “My Tega (Mother’s brother) Tracy has put on many medallion hunts for the family at our holiday gatherings. He has also organized medallion hunts for Ho-Chunk Nation tribal members and employees. I asked him to put together this hunt for the city and library friends because I thought it would be a fun way to encourage family, friends, co-workers, etc. to share in some fun and team work, as well as enjoy the outdoors despite the cooler weather!”

The clear, acrylic medallion has the Great Seal of the Ho-Chunk Nation engraved and is hidden within a City of Madison public park. Clues are published online at madpl.org/medallionhunt, starting Wednesday, December 1, 2021. A new clue will appear daily through Friday, December 10, 2021, unless the medallion is found before that date. The medallion is above ground, so there is no need to dig (unless there’s snow!) or use metal detectors.

If you find the medallion, email community@madisonpubliclibrary.org with a photo of yourself in the location and holding the medallion. Please include a sentence about which clue tipped you off when sending the email. The image you send will be shared on Madison Public Library social media to signal the end of the hunt. The person who finds the medallion first will be able to take it home as a prize, in addition to a $50 gift card. See the clues and learn more about the medallion hunt online at madpl.org/medallionhunt.

Inspiration for the medallion hunt comes from The Pioneer Press Treasure Hunt, which takes place annually in St. Paul, Minnesota. The Medallion Hunt is part of the Native American Storyteller-in-Residence program. Additional upcoming events include:

Being Hinu: Growing Up Ho-Chunk in the 20th Century
Tuesday, December 14 | 7 p.m.
Listen to our Storyteller-in-Residence, Andi Cloud, read aloud an essay that details her experience growing up as a Ho-Chunk woman. Her story describes certain times in her life where she learned her tribe’s ways and what the Ho-Chunk life is to her. REGISTER

About the Native American Storyteller-in-Residence Program
Madison Public Library introduced the Native American Storyteller Residency in October 2021. The program is titled Ho-Chunk Through Story: The Origin, The Wayz, and The Life and led by Ho-Chunk nation storyteller and tribal member Andi Cloud. The residency has included a series of interactive storytelling and creative learning opportunities - both virtually and in-person - for all ages. Learn more about the residency at madpl.org/storyteller. 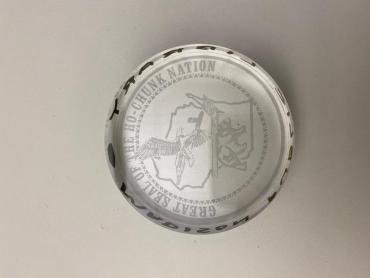 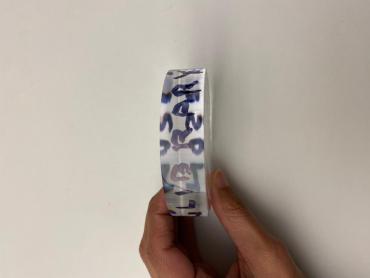