Officers and squads soaked responding to calls during storm

When the storm hit the City of Madison Thursday night, all the city’s police districts were inundated with calls. Officers responded to more than 250 calls for safety hazards, flooding, stranded motorists and trees down in the city. People were coming up to officers and saying “my car is flooded out on the next street over” while the officers were on the official calls, leading the department to believe instances of flooded streets were probably two to three times what the officers responded to.

The water pooling on streets grew to a depth where cars were up to their roofs in water. While responding to calls relating to the storm officers’ uniforms were soaked to the bone, with puddles forming quickly in the trunks of squads as officers pulled out flares and other safety equipment to help citizens.

Two trees fell on cars: one on Olin Ave. and another on Piping Rock Rd. requiring police assistance, numerous intersections were flooded with water that was stalling out vehicles trying to drive through – most notable was University Ave. at Midvale Blvd. and Park St. at the beltline – requiring officers to standby with emergency lights or put down flares until the water dissipated and the wreckers could come and remove the vehicles that were in the intersections when the flash floods occurred.

A transformer caught on fire on Hammersley Road near Frisch Rd. and a condo caught fire in the 500 block of Midvale Blvd. as a result of a lightning strike according to Madison Fire. Weather websites placed more than 300 lightning strikes in the city as a result of the storm and recorded 2.79 inches of rain within a few hours.

Two squads were damaged during responses to calls for service. Officers, while trying to drive to their calls, had to go through flooded areas that caused the damage to the vehicles.

Officers who had been assigned to a protest became available to assist citywide 30 minutes after the storm started hitting the city. Officers described the situation as going from one emergency to another, doing what they could for that situation such as flares or rescuing people in imminent danger. Radio traffic was “non-stop” with each officer handling an estimated 20 emergency scenes.

Damages to the city included but are not limited to a construction zone on McKenna Blvd. that was completely washed out creating further hazards, man hole covers popping out of the streets, power lines and trees down. Two police district stations suffered some water damage, one through a roof vent that damaged the Amigos En Azul office area – the ceiling, furniture, walls and carpeting were all saturated - and another district had water in the booking area.

The Madison Police Department thanks all residents for their patience during the chaos created by the storm. Residents were key in identifying damaged areas and persons needing help immediately after the storm. We are grateful there are no apparent significant injuries to people as a result of the storm. 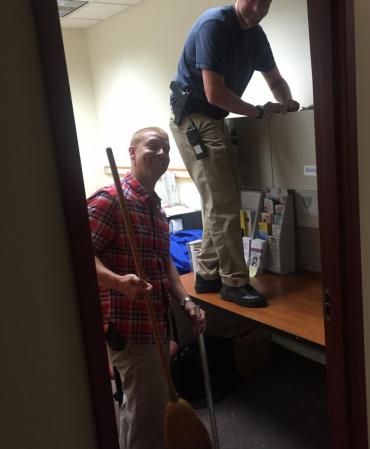 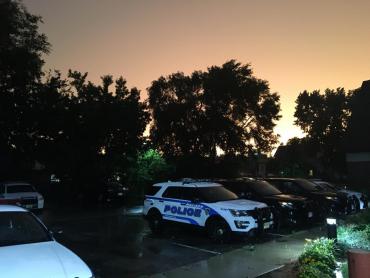