Options for Voters with Absentee Ballots to Return

40% of Absentees Yet to be Returned

Election officials are only able to count absentee ballots that are received by Election Day, per state law. Voters who have yet to return an absentee ballot to the Clerk’s Office have five options:

Voters may have a friend or family member deliver their absentee to an absentee voting site, a ballot drop-off site, or the polls.
The absentee envelope must have the voter’s signature, the signature of a witness, and the witness’ address. It is acceptable to have a spouse or family member sign as the witness as long as they are an adult U.S. citizen who is not a candidate on the ballot.

Voters may track the status of their absentee ballot at https://MyVote.wi.gov. 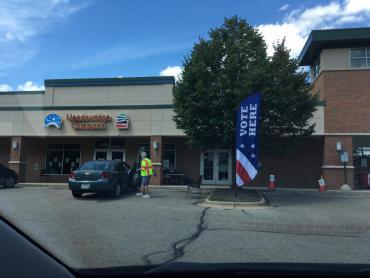