In recognition of National CPR and AED Awareness Week, Dane County hospitals and emergency responders came together to celebrate the success of the PulsePoint app in helping to save a 28-year-old student at Madison College experiencing cardiac arrest. Connected with the Dane County Public Safety 911 Communications, the PulsePoint app alerts CPR-trained bystanders when a sudden cardiac arrest occurs in a safe public place nearby. 12 people were notified of the incident at Madison College through the app, including one individual who helped give direction, along with updates to dispatch and incoming EMS responders.

“Thanks to our community’s support of PulsePoint, a person experiencing sudden cardiac arrest may be able to receive the care they need even before EMS arrives on scene,” said Dane County Executive Joe Parisi. “Every moment matters in a medical emergency, and Tori’s story is one of many more we hope to share in future years to highlight the importance of downloading the PulsePoint app.”

Tori Smith is an advanced EMT student at Madison College who was in class on March 5 when she began to not feel well. Her classmates planned to take her to the hospital and were about to leave the classroom when she went into cardiac arrest. They quickly evaluated her—starting compressions within 15 seconds and calling 9-1-1 for help. Based on the dispatcher assessment and coding of a cardiac arrest, the incident became PulsePoint-activated.

12 people were notified of the incident through PulsePoint, including 10 who were inside the building. At the time of the incident, Madison Fire Captain and Madison College EMS Instructor Jen Román was teaching a class and had her phone on silent. The PulsePoint app still notified Captain Román’s phone despite its “silence” setting and indicated CPR was needed nearby. She stepped outside her classroom to find compressions occurring next door.

Captain Román proceeded to give direction, along with updates to dispatch and incoming EMS responders. The students and instructors continued chest compressions and AED activation until Madison Fire arrived on scene. Compressions continued for a total of 60 minutes before Tori had a return of pulse. She was transported to UW Hospital where she made a full recovery.

“Having experienced my first save back in January, I gained even more respect for everyone involved in this career field,” said Tori Smith. “From a provider who went to a patient in a matter of moments, to those who may never hear it—thank you. Thank you for being that light in someone's darkest moments. Thank you for doing your very best to do right for a patient in need.”

Earlier this year, UnityPoint Health – Meriter, UW Health, SSM Health, Dane County EMS, and the City of Madison Fire Department announced their joint support and funding for PulsePoint, aimed at improving cardiac arrest survival rates in Dane County communities. Thanks to the app, CPR-trained users are able to be notified of an incident requiring CPR and quickly begin hands-only compressions in the critical moments before EMS arrives.

“It takes an average of five minutes for our EMS crews to arrive on scene after receiving the 911 dispatch for a sudden cardiac arrest,” said City of Madison Fire Chief Steven Davis. “A patient’s chance of survival drops with every minute that goes by without chest compressions, so we truly depend on members of our community to take action right away.”

PulsePoint is not limited to emergency responders or those with official CPR certification. It can be used by anyone who has been trained in CPR, even informally. The app also provides step-by-step instructions and locations of the nearest defibrillators. The user is not liable for choosing not to respond or if there is a poor outcome.

The PulsePoint app will only alert users to cardiac arrest incidents in safe, public locations via the 911 Center. It was first launched locally in 2015 and already has 30,000 downloads in the community. Community partners are hoping for an additional 10,000 downloads this year. PulsePoint is available for free on both Apple and Android devices. More information can be found at www.DanePulsePoint.com. 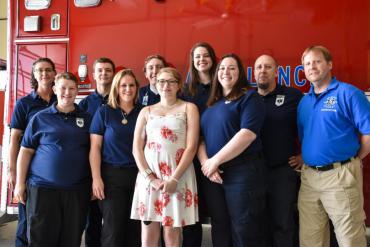 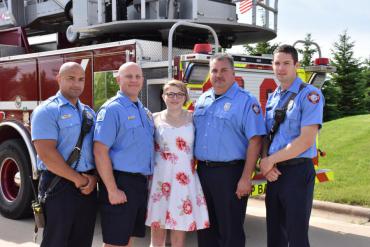