The news release (below) was issued by U.S. Marshals. Mitchell Hallmon was one of several suspects being sought by the MPD in connection with recent shootings. It should be noted the weapon confiscated at the time of his arrest is a snipers rifle. It was recovered by the Hennepin County Violent Offenders Task Force.


Mitchell Hallmon, 30, from Madison WI, was arrested late yesterday in Minneapolis, MN by members of the U.S. Marshals Violent Offender Fugitive Task Force.  An arrest warrant had been issued pursuant to an investigation by the Madison Police Department where it is alleged that Hallmon was involved in a shooting that took place in Madison on April 21, 2016 in which a victim was shot in the leg.  Hallmon also had outstanding warrants from the Dane County Sheriff’s Office for failing to pay child support.

Members of the U.S. Marshals Service Badgerland Fugitive Apprehension Squad initiated an investigation in locating and apprehending Hallmon at the request of the Madison Police Department.  Through investigative efforts it was determined that Hallmon had left Wisconsin and fled to Minneapolis.  Members of U.S. Marshals Violent Offender Fugitive Task Force in Minneapolis were able to locate and arrest Hallmon at a residence in Minneapolis.  An undisclosed amount of narcotics and currency, along with a firearm where also recovered at the scene.  Hallmon is currently being held at the Hennepin County Jail where he awaits extradition back to Wisconsin.

The Badgerland Fugitive Investigative Apprehension Squad is comprised of members of the U.S. Marshals Service, Dane County Sheriff’s Department, Sauk County Sheriff’s Department, Wisconsin Department of Corrections and Wisconsin Division of Criminal Investigations (DCI).  Since the inception of the Badgerland Fugitive Apprehension Squad in 2007, these partnerships have resulted in over 2250 arrests.  These arrests have ranged in seriousness from murder, assault, unregistered sex offenders, probation and parole violations and numerous other violent offenses.

The U.S. Marshals Service, established in 1789, is the nation’s oldest federal law enforcement agency.  More federal fugitives are apprehended by the U.S. Marshals each year than by all other federal agencies combined.  For more information on this and other major cases go to http://www.usmarshals.gov/ 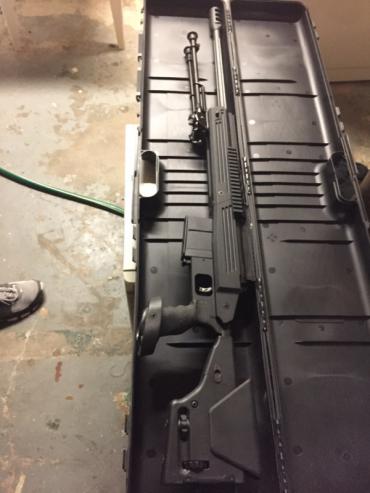