Today, Urban Forestry crews will be focusing on clearing the remaining reported street and roadway blockages. Crews will also remove terrace trees that were reported or otherwise identified as being severely damaged and no longer safe to remain standing.

After these calls are completed, crews will then be able to turn their focus to clearing blocked sidewalks and overhead concerns from broken branches dangling from trees.

Urban Forestry also continues to receive new calls of previously unreported damaged and will respond to them as soon as possible.  Since the storm began, reports regarding 419 trees have been received, and that number continues to grow as more calls are received.

Significant damage has occurred throughout all of Madison and it will be several days yet until all of the damage is removed from city trees.

As of 3:00pm on June 14, 119.72 tons of brush created by damage from the storm was hauled to the brush processing facility to be mulched. With several days of clean-up ahead of crews, this number will grow.

The Streets and Urban Forestry Division would also like to thank all Madison residents for their kindness and continued patience as crews continue clearing damage form the storm.

More information about brush collection operations can be found at www.cityofmadison.com/BrushCollection. 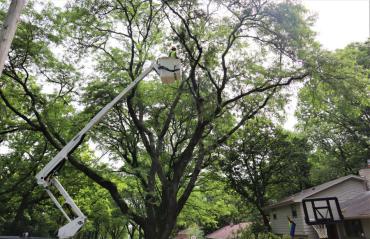 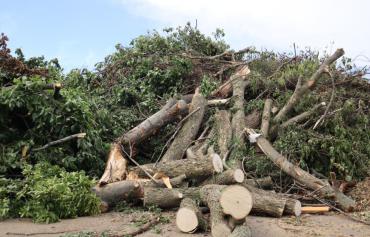