Connecting Neighbors, Supporting Businesses of Color, and Sowing the Seeds of Inclusivity

Ujamaa Business Association, a support organization for Black entrepreneurs in Madison, was able to more than double their core membership and host over 100 engagements with help from the city's Neighborhood Grant Program. Ujamaa founder and director, Tara Wilhelmi, is fulfilling a dream and goal of creating and maintaining an authentic support space for Black entrepreneurs, from aspiring to veteran business owners.

In 2020, when the pandemic hit businesses hard, Wilhelmi applied for and received a grant on behalf of Ujamaa. As pandemic restrictions began to lift, Ujamaa used its grant to support vendors in selling their wares at places like Madison Night Markets and Carts in Parks. According to Mayor Rhodes-Conway, “This not only boosted businesses during this time of need, it allowed the City and other host organizations to diversify their events and to play a more pivotal role in building the infrastructure that’s been lacking for business owners of color”.

From now until February 20, 2023, Madison neighborhood associations and other related groups can apply for city grants under the same program to help them make small improvements to their neighborhood or the organizations themselves.

Administered by the city’s Planning Division, the program has been around since 1999 and has provided funding for over 300 projects that have helped “neighborhoods beautify gateways, create public gathering places, build leadership skills, or plan for the future.” It gives out $25,000 of grant money, generally in amounts of $1,000 to $5,000.

“It’s a small amount, but over time neighborhoods receiving grants have shown that they can make the funding go a long way,” said Linda Horvath, an urban planner for the city of Madison. “Neighbors come together and the connections they make while beautifying their surroundings or building their organizational skills is where the great value comes in.”

The enhancement projects generally involve small physical improvements, often beautifying a slice of unused land. The program emphasizes projects with high visibility and quick completion times. On the other hand, capacity building projects can sometimes take a little longer, as well they should since growing relationships and community often takes time.

In 2022, the Southwest Madison Action Coalition (SMAC) used its grant to host a six-session leadership series called Love your Neighborhood. According to SMAC organizer Courtney Carlson “It focused on connecting with your neighborhood and the people around you, and talking about issues and how new connections can help solve them”. It also involved collaborating with the Meadowood Health Partnership, and developing a welcome packet for new neighbors.

Carlson emphasizes, “The grant program definitively positively impacted the quality of life in our neighborhood. We were able to bring a diverse group of people into the same room and they were able to listen to and learn from each other, and many said that it was an opportunity they’re not sure that would have had otherwise.”

Diversity and inclusivity is a theme of the project, which began with expanding the reach of the organization’s community meals during summer 2022 at Troy Farm. Rooted wanted to make sure that nearby Troy and Lerdahl Park neighbors knew about and felt welcome at these gatherings which feature local chefs who craft nutritious meals using Troy Farm and community garden produce. In 2023, Rooted will complete its project by inviting area neighbors to help design a Troy Farms welcome sign and kiosk that will be installed along Troy Drive.

In other years, Sherman Neighborhood Association taught 26 households to make yard art and mosaics - a sun made from scrap wood and a seven-foot-tall plywood dancer were some of the results that are still proudly on display. The Twin Oaks neighborhood took a mulch pile in an unused lot and turned it into a garden that has since been the site of community events like potlucks, poetry readings and traditional Hmong dance. The Dudgeon-Monroe neighborhood funded a nature, cultural and history trail and the Bayview Foundation was able to create a community picnic place.

One strength of the program is its ability to promote community cooperation, said Linda Horvath, an urban planner for the city of Madison. “It gets people out working together,” Horvath said. “It really strengthens that organization and strengthens that neighborhood as a result, which makes it a stronger and more appealing place to live.”

Brian Andersen experiences this every time his Sunset Village neighbors head down to the orchard they created with a grant a number of years ago. “It brings us together, and we can kind of go down there and see what things are growing, see what kind of fruits are coming up,” Andersen said.

Steps to apply for the grants are outlined on the city’s website and include an optional Grant Workshop that will be hosted January 19 at 12:00 pm online and in-person at the Madison Municipal Building in Room 206 at 5:00 pm a conversation with the neighborhood’s alderperson, and an informal pre-application discussion with the Planning Division. Applications are due by February 20 at 4:30 pm. 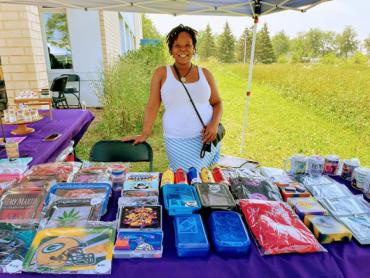 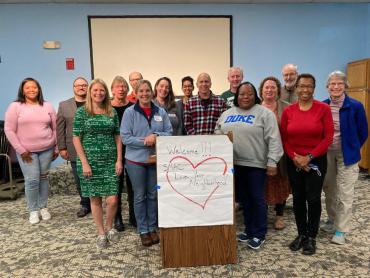