The City of Madison, the Building Trades Council of South Central Wisconsin (BTC), the Union Sportsmen’s Alliance (USA) and Madison Parks invite the public to a dedication ceremony at 1:00pm on Friday, September 14 at the new accessible fishing pier at Vilas Park, 1501 Vilas Park Drive.

Union volunteers from the BTC teamed up with the USA to renovate a formerly abandoned pier and install the renovated, accessible fishing pier on Lake Wingra.

“This project was a great opportunity for multiple union trades to come together and benefit our local community,” said project leader and BTC of South Central Wisconsin President/Executive Director Dave Branson. “It's rewarding to know that this revitalized pier will provide safe and easy access for all to participate in the sport of fishing.”

Utilizing nearly $22,000 in funds raised by the USA’s Madison Area Conservation Dinner, union volunteers partnered with the USA and Madison Parks to take the original floating fishing pier, which was sitting in a state of disrepair in one of the City’s materials yards, and restore it for the public’s use.

Eric Knepp, Madison Parks Superintendent conveyed, “Madison Parks and the City of Madison are grateful for the significant efforts by the Building Trades and Union Sportsmen’s Alliance to make our park system more accessible to all residents and visitors.”

Volunteers coordinated transportation of the pier to one of the local union shops where over the course of the cold, harsh Wisconsin winter repairs were made, including the installation of new decking. In preparation for installation of the renovated, now handicap accessible fishing pier, volunteers and union contractors also designed and constructed a pier abutment as well as a new sidewalk and steps on the edge of Lake Wingra in Madison's Vilas Park, which has greatly increased accessibility to the fishing pier.

After completing the restoration of the pier, it was transported and installed at its new location at Vilas Park. Volunteers installed a new hand railing on the pier to complete this project.

“This project is an excellent example of the impact that USA’s skilled union volunteers bring to the future of conservation and preserving our outdoor heritage,” said USA Conservation Manager Robert Stroede. “If it weren’t for their dedication to conservation and their community, there is a very good chance that this pier would have never made its way back to the water for the public’s use.” 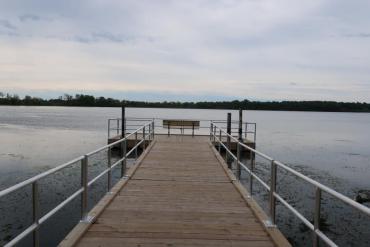 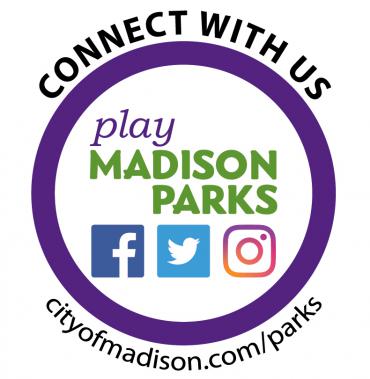