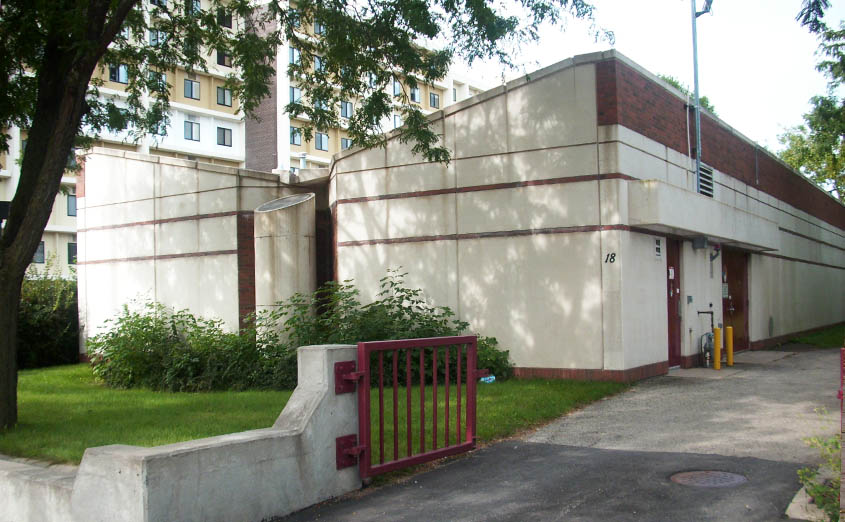 Madison Water Utility has been conducting a unique study in an effort to pinpoint possible sources of radium found in the water at our seasonal Well 27 on North Randall Ave. near Camp Randall Stadium. While radium levels at Well 27 have never violated federal health standards, higher-than-expected levels in 2015 (below) prompted the utility to increase monitoring at the well and investigate possible geological sources of radium.

MWU has analyzed the original rock cuttings pulled from Well 27 when it was drilled in 1989. Core samples have been tested with a technique called XRD, or X-ray defraction, to determine their composition. The analysis shows that there are two formations that could be contributing radium to the water, one at the bottom of the well's bore hole and one near the top. MWU initially planned to drill a small test well in nearby Klief Park in order to further study aquifer formations, but determined that there is enough data from the original rock cuttings to keep the study at Well 27.

The federal Maximum Contaminant Level (MCL) for radium is a consistent result of 5 picocuries per liter (pCi/L) or higher during an entire year of quarterly testing. The MCL is meant to ensure the safety of water over a lifetime of consumption. Below are testing results from 2015, which prompted our initial study. Results from 2016, also below, show lower levels. You can find results from 2017 testing here.

Well 27 is generally used during only the high-demand summer is taken offline for the winter.

*There was a problem with the analysis of this sample.