The Fleet Employee of the Year award is a relatively new tradition launched in 2018 to help increase the morale of employees and recognize their outstanding work. On December 20th, 2022 we were proud to announce that 2022 Fleet Employee of the Year was an unusually artistic and creative Fleet Technician, Andrew Harrison at Fleet’s end of year party. Andrew works at Emil Street, primarily taking care of City Engineering vehicles, and by wide consensus is considered one of the most skilled, dependable, and customer service oriented mechanics on the team. 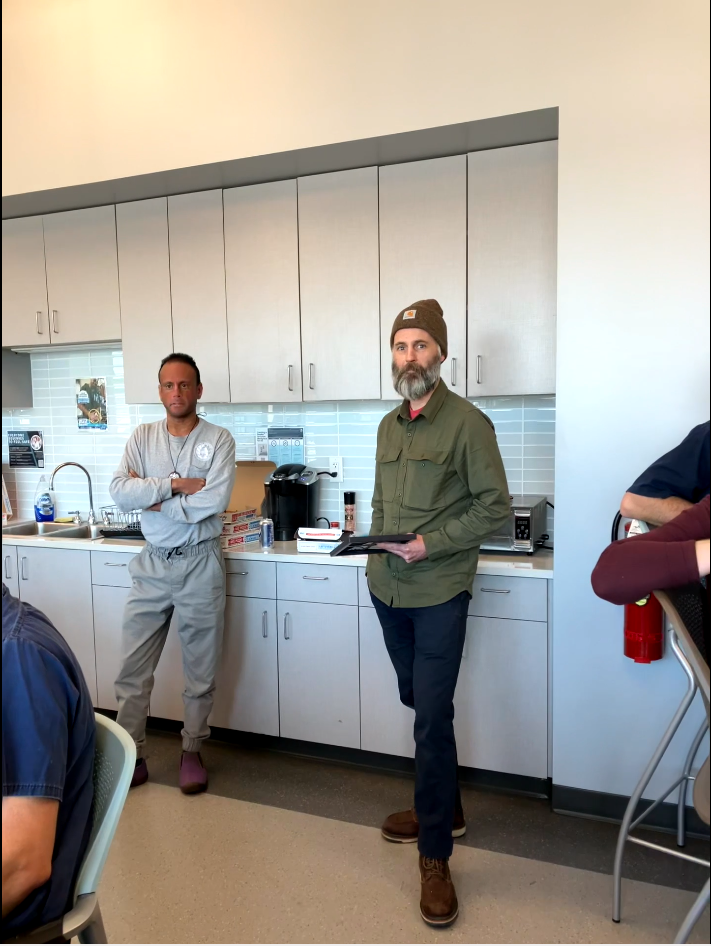 He works on lawn movers, loaders, sedans, vans, pickup trucks, Vactors, heavy construction equipment, plow trucks, and other types.  Much of this fleet is considered critical emergency response infrastructure for the City and might be called upon 24/7.  He described his current job as a learning job with lots of opportunities to develop his skills. He started his mechanic career in bikes shops in college. Then, he attended the diesel and heavy equipment program at Madison Area Technical College. He worked as a mechanic for a racing team and on motor coaches for Badger Bus.

Besides the auto mechanic career, Andrew is a guitarist. He got his bachelor’s degree from UW-Madison as a Music Major and while there studied classical and jazz music. He has actually played all over the country. He is playing with Nick Brown western swing style at Crystal Corner in Madison.

Andrew was born and raised in Madison. He has been married for three years. His wife is a nurse at the VA Hospital. His step son is studying nursing while his step daughter is working as a certified nursing assistant.

The award was a great surprise for him. He noted that he comes to work and does his best. He likes being a part of City of Madison and seeing that City of Madison is functioning.  We are also glad to report that the award was seconded by the management and staff of City Engineering, his main client agency, for his outstanding customer service and integration with the team at the Emil Street satellite garage.

This content is free for use with credit to the City of Madison - Fleet Service and a link back to the original post.
Category: Our Team