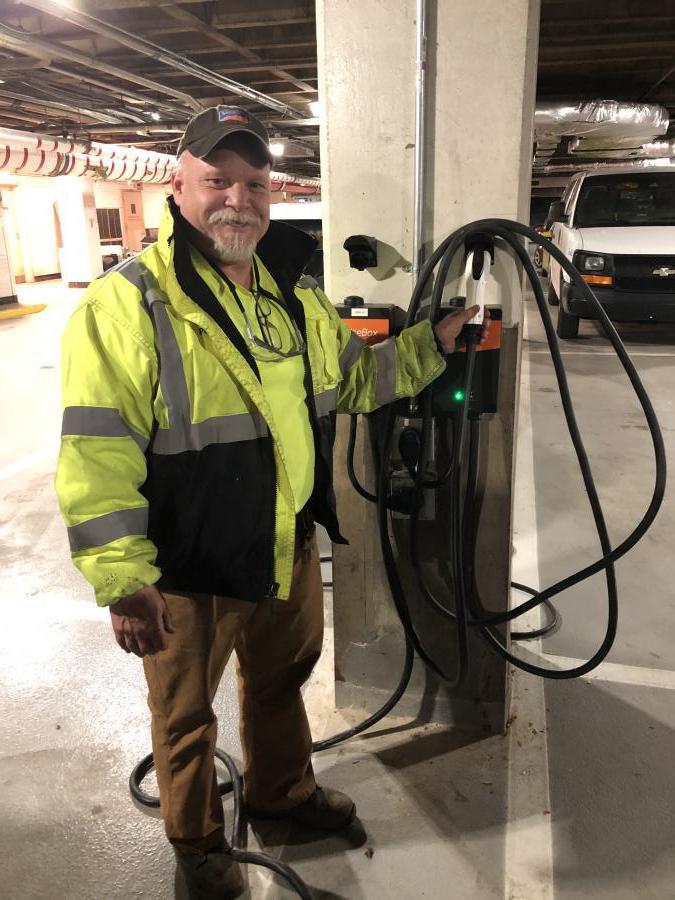 Spend just a minute talking with Matt and you’ll discover he is an enthusiastic supporter of green energy. Matt has been a commercial electrician for 33 years, but it wasn’t until 2014 when he started working with the City that he was able to really focus on sustainable energy solutions like electric vehicle chargers and solar electricity systems.

Since we started purchasing electric vehicles, Matt has installed 8 electric vehicle charging stations in three different city facilities, and there are more slated to be installed soon. He also works on plenty of other projects, and that’s one of the things he loves about his job: the variety, and working with different people around the city. One day he could be installing electric charging stations, and the next he might be retrofitting a light fixture or installing a solar electric panel system.

The variety in his job has only expanded since he started working with the city’s GreenPower program, a nine-month solar job training program aimed at preparing participants for employment opportunities in the rapidly growing solar energy industry. Matt takes pride in the fact that the program surpassed its goal of 50 kW installed in its first year, and that number has gone up ever since. 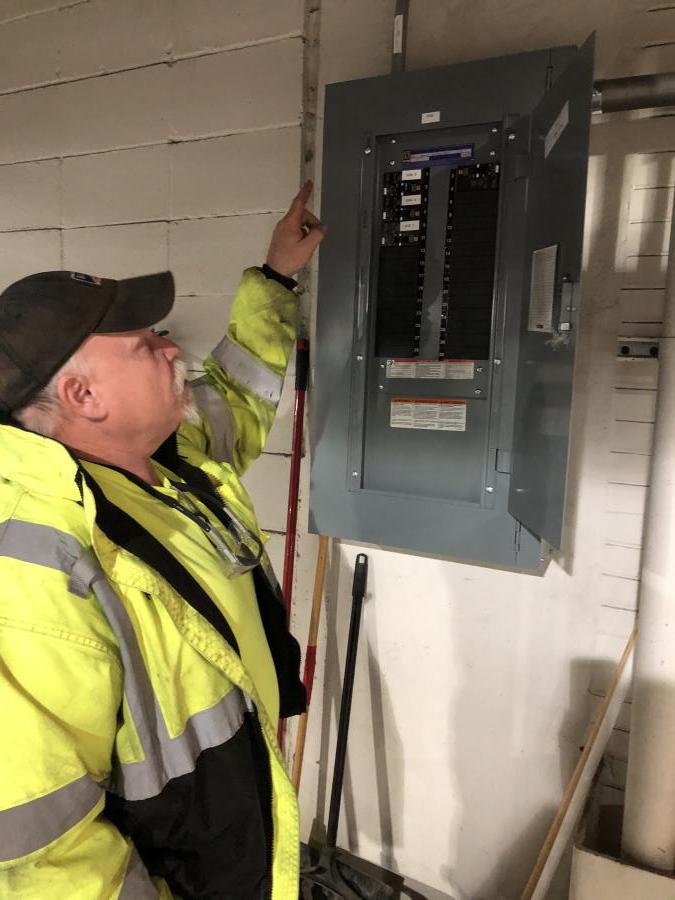 The GreenPower program fits right in with his passion to share his experience with others. In addition to teaching trainees at the city, Matt has been teaching renewable energy and electricity classes with the Midwest Renewable Energy Association and the International Brotherhood of Electrical Workers local union since 1996. Matt even traveled to Toa Baja, Puerto Rico earlier this year to help install a solar energy panel system, and plans to go back again soon.

Matt is excited to keep working with the city to reach its goal of 100% renewable energy and net zero carbon emissions by 2030. His next big project? Wiring up the first three charging systems for the city’s new electric Metro buses.

After growing up in Whitewater, WI, Matt moved to Madison in 1990 with his wife. They have two daughters, one of whom is graduating from the University of Wisconsin – Madison this year, while the other will transfer there shortly.

Matt feels fortunate that his work happens to also be his hobby. “I love being a sparky,” he said while we wrapped up our conversation next to one of the charging stations he helped install, “and this is an excellent field for young people to get into.” We’re equally grateful that Matt has brought his talents and expertise into our sustainability projects here at Fleet, as well as with other city departments.

This content is free for use with credit to the City of Madison - Fleet Service and a link back to the original post.
Category: Our Team, Sustainability
Tags: Green Technology, Solar, Electric Vehicles, #TeamCity, Sustainability, Partner Profile