From ambulances and fire trucks to garbage/recycling and plow trucks, the City is making a significant, positive impact on the environment by the fuel its using. For the first time in state history for a public entity, City of Madison vehicles are using 20 percent biodiesel blends to fuel diesel trucks.

Biodiesel is a biodegradable, renewable fuel produced in the Midwest. It’s mostly made from soybeans, but can be made from vegetable oils, animal waste fats, and even used restaurant grease. It can be dispensed into any vehicle or equipment that runs on petroleum diesel. The City’s fuel vendors Hartland and Insight, blend the biodiesel with diesel. These companies get their biodiesel from REG, which has a production plant just outside Madison.

Fleet started fueling with a 20 percent biodiesel blend, or B20, for the first time this summer. The best benefit of biodiesel is carbon emission reduction. Carbon dioxide (CO2) is absorbed while soybeans and other biodiesel feedstock grows. The higher the percentage of biodiesel, the greater the impact on air quality. B20 reduces carbon emissions by 17 percent for the City’s trucking needs without requiring any changes to the existing vehicle fleet.

Fleet has been slowly introducing biodiesel to the fuel program for the last year in blends of B5 and B11. This summer marked the first time all ten fuel sites dispensed B20.

Since 2018, City Fleet has reduced Carbon emissions by nearly two million pounds, a significant positive impact to local air quality. This includes vehicles in the City’s forestry section, bucket trucks, dump trucks and anything that runs on diesel.

The City will transition to B5 in November and switch back to B20 in April.

Electric vehicles, hybrid-electric vehicles, anti-idling technology and a sustainable new fleet facility all support the City’s move toward a more sustainable vision as a whole, but biodiesel accounts for the highest impact in cutting down on carbon emissions while lowering dependence on fossil fuels shipped from far away.  It’s an important step toward the 100% Renewable Madison Goal, which calls for carbon neutral operations by 2030.

While the City is committed to electric vehicles, and plans to operate 40 light duty EVs by 2020, there is still limited availability for electric trucking in the Midwest, a situation that should improve in the coming years.  Meanwhile, biodiesel is being implemented today, and we invite all other Wisconsin fleets to join in the effort. 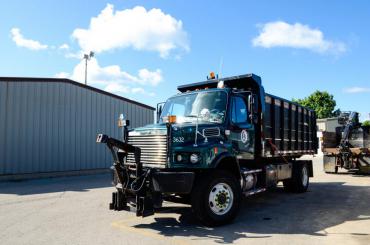 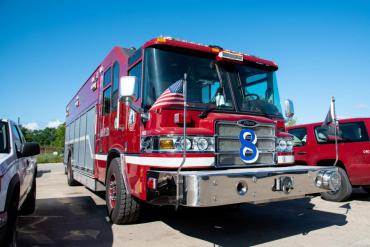