Sustainable transportation is a team effort. As such, we share our practices with other entities to help others learn from our successes. Watch the video above to learn, directly from our Superintendent, what we are doing to make Madison's fleet more sustainable.

The City of Madison has set the ambitious goal of reaching 100% renewable energy and zero net carbon emissions by 2030. We will get there but the time to act is now. Fleet and our sister agencies are already leading the charge against climate change, and reducing the City's impact on the environment. The transportation sector makes up 38% of the total greenhouse gas emissions in the state of Wisconsin, and that is the number we are attacking every day.

We have worked with Madison Fire Department and Pierce, a Wisconsin-based manufacturing company, to put into service the first ever electric fire truck in North America: the Volterra. The Volterra drives on electricity and has a small diesel engine to exclusively run the pump. 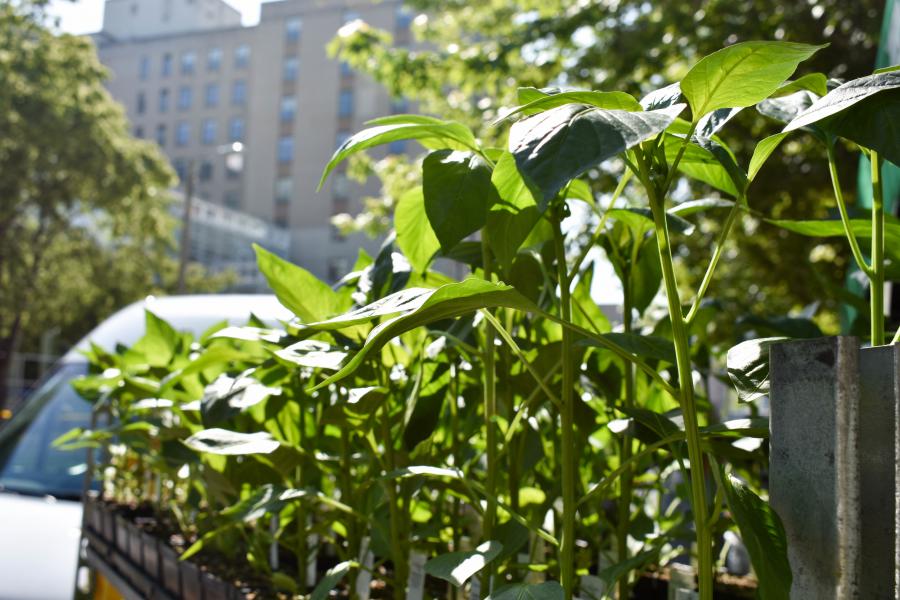 Since 2018 Fleet implemented a biodiesel fueling program. Biodiesel is typically processed from soybean plants, waste cooking oil, and agricultural waste, which makes us less dependent on oil and boosts our local economy.

Biodiesel freezes or “gels” at slightly higher temperatures than regular diesel fuel. In the coldest months of the year, we order lower blends of biodiesel as a precaution, and switch to regular diesel at extremely cold temperatures below zero. This is a standard best practice.

Biodiesel is blended with regular diesel to meet a specified ratio. For example, B5 fuel is 5% biodiesel. We use B5, B11, or B20 biodiesel fuel depending on the season. Madison is the first and only government fleet in Wisconsin to use B20 for all diesel vehicles.

Another sustainable fuel is propane; yes, the same thing you use in your grill. Not only is it less expensive than gasoline or diesel, it is environmentally friendly. Compared to gasoline and diesel, propane produces 10-15 percent less carbon dioxide. Currently we have nine forklifts and seven sweepers that run on propane. 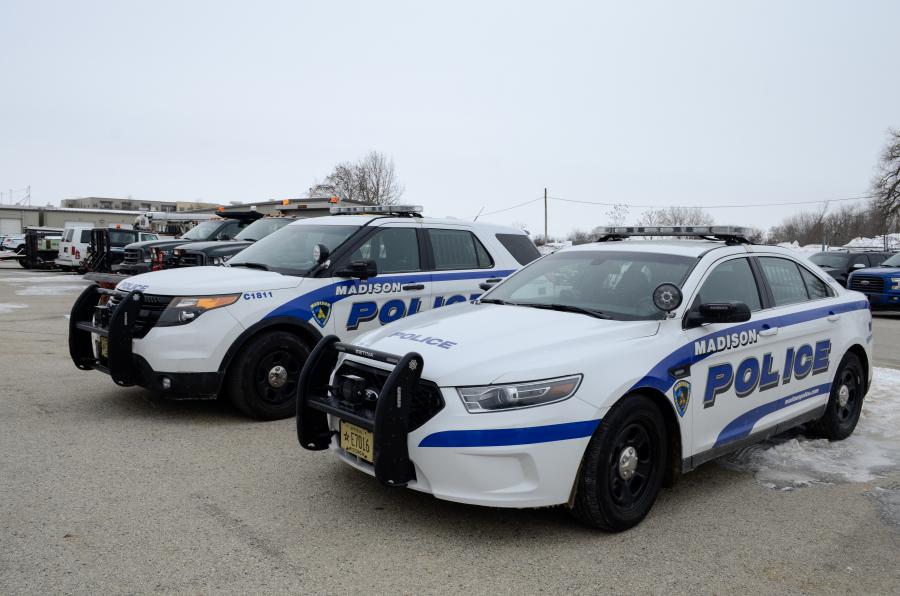 Fleets can reduce greenhouse gas emissions by operating low- or zero-emission equipment. Hybrid-electric vehicles have an impact on emissions and lower our dependence on fossil fuel. These vehicles are great replacements for all operations, and we expect to cut fuel consumption, emissions, and costs by half with our hybrid-electric fleet.  These cars have both a fuel tank and small electric motor which complement each other.

While hybrid vehicles cost a bit more up front, the City will see a return on its investment within a few years as the cars use less fuel and need less maintenance. We currently have over 100 hybrids in our fleet. 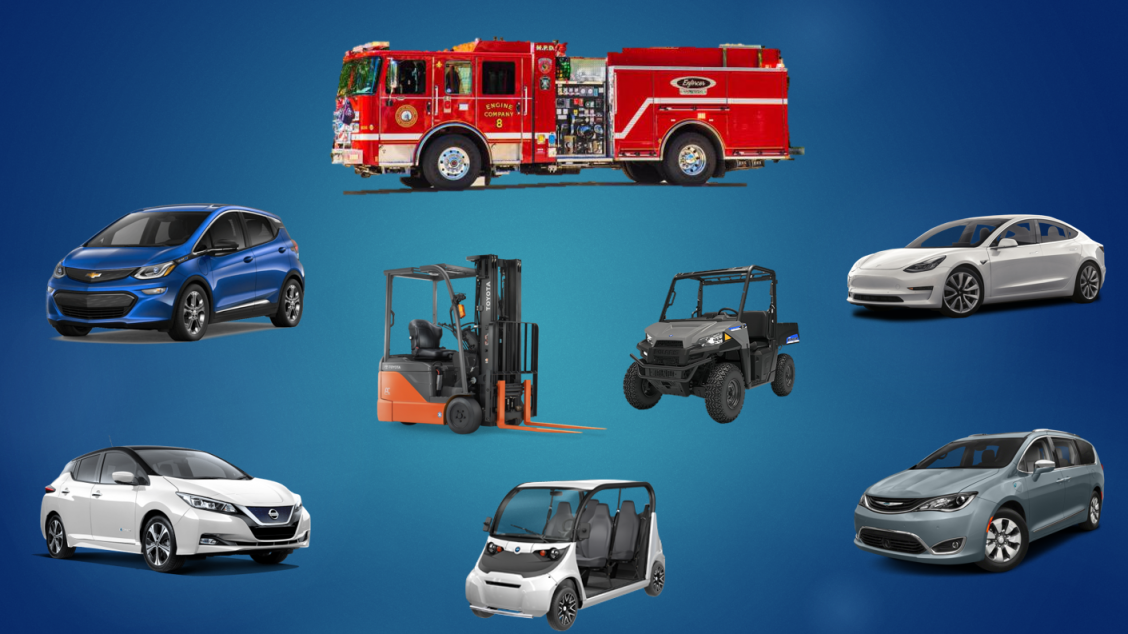 Even better than hybrids are the zero-emission plug-in electric vehicles, which have given up on gasoline entirely like a successfully recovered alcoholic. Our journey started with 20 Chevrolet Bolts being purchased with grant assistance from Wisconsin State Office of Energy Innovation. We chose this model for its longer driving range (up to 240 miles on a single charge) and more affordable price. Today we have 58 fully electric vehicles, including Chevrolet Bolts, Nissan Leafs, off-road vehicles, forklifts, and the first fire truck in North America. 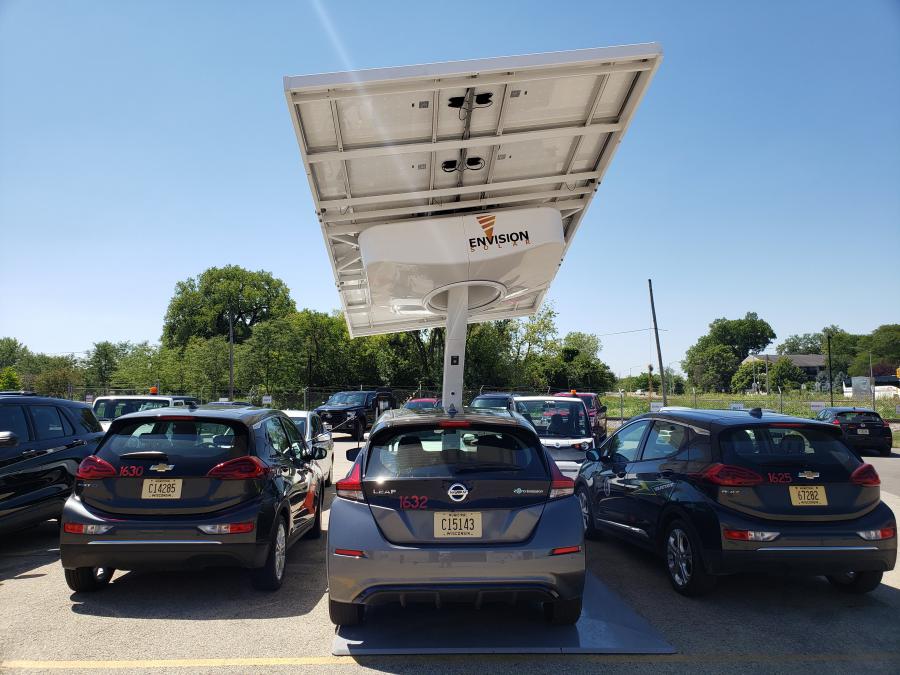 Electric vehicles are a great way to lower vehicle emissions. However, our electric grid in Wisconsin is still highly dependent on coal and other fossil fuels. While electric vehicles (EVs) are zero emission while driving, there are “upstream” environmental effects to charging. However, the grid can be avoided altogether with alternative energy sources, the main reason why Fleet has procured three completely off the grid, solar charging stations.

Not only can they charge vehicles, in case of an emergency, the solar charging stations can be used as emergency generators. In addition, to maximize the amount of solar charging, the solar panels move to follow sunlight automatically.

Certain pieces of equipment in our fleet need the engine to run to use equipment  on the vehicle. Some examples are repair trucks with a bucket lift, ambulances with life-saving equipment running inside, and Police squads running computers to stay connected to up-to-date information. 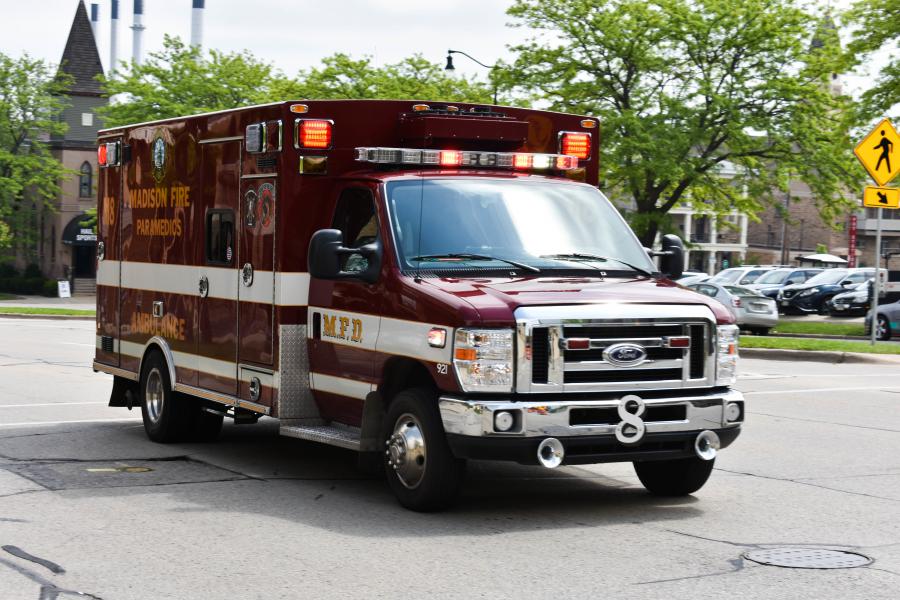 We have put 828 soy tires in vehicles across our Fleet. The response has been overwhelmingly positive. We’ve heard that they have better traction than traditional tires. This is great news as we are not sacrificing reliability for environmental sustainability.

Soy tires are created by substituting part of the petroleum oil that is used to make the tire with soybean oil. By switching to soy tires, we are breaking away from the dependency to petroleum and towards a greener future, while also supporting the agricultural economy of soybean growing Midwestern states such as Wisconsin. 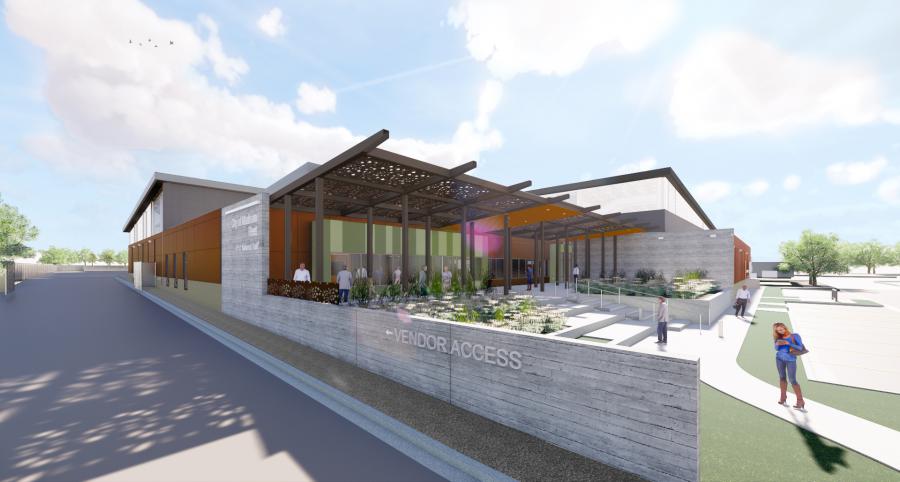 In November 2020, Fleet moved to their  new 110,000 square foot Headquarters. This building consolidates four public works facilities into one, and features solar panels, a solar heating wall, CNG truck repair bays, electric vehicle chargers for City vehicles as well as the public, and natural lighting to reduce power usage. Thanks to coordination between City Engineering and Fleet, this building has received LEED Gold certification.

The Future of Alternative Fuel Technology 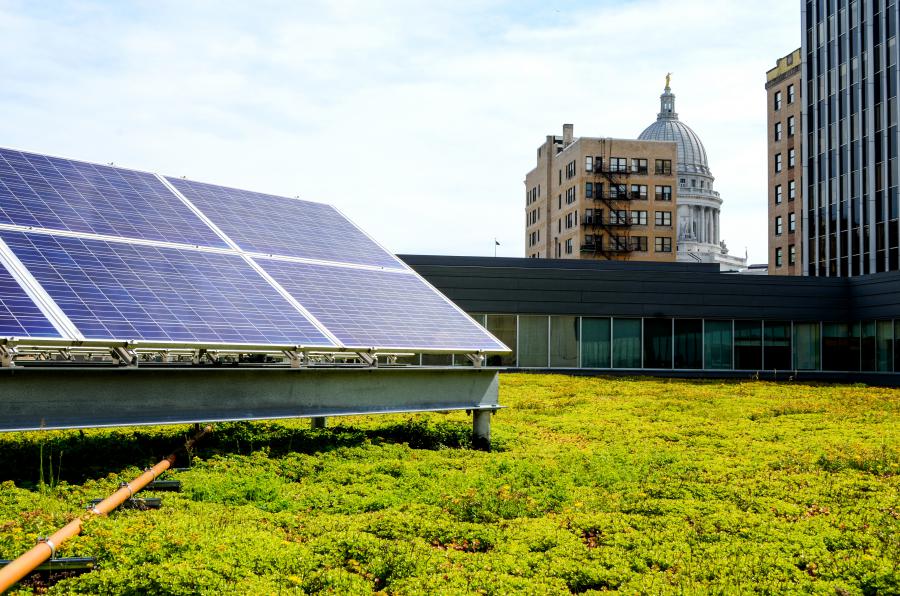 Alternative fuel technologies are improving every day. We track improvements in the market and pilot alternative technology wherever we can. We are currently exploring:

In 2020 alone we replaced 13,020 pounds of batteries. Have you wondered what happens to them once we can no longer use them? At Fleet, we have a great battery recycling program. The inoperable batteries are sent to Northern Battery where they separate the components and process them to be reused as new batteries. Little known fact, lead batteries have a 99% recycle rate; making it the world's most recycled consumer product. Not only are the byproducts used for batteries, they are also used to make sporting goods, construction materials, x-ray and medical radiation protection, automotive parts, and even laundry detergent.