The city’s oldest infrastructure is being replaced, one project at a time.
---

It all started in mid-1882. Workers began digging trenches by hand six feet down into low, marshy ground, moving block by block along Main St., Mifflin, King, Carroll and dozens more. Horses hauled cart after cart of tar-coated cast iron pipe to the work sites, where crews used ropes and pulleys to carefully lower 150-pound sections into place. By April of 1883, workers had laid 12 and-a-half miles of pipe – 950 tons in all – and installed 85 fire hydrants. What they’d built was the city’s first water distribution system and the oldest in-tact infrastructure still serving Madison today.

“The works are daily increasing in magnitude and importance…opening a new era in our beautiful City of Lakes, moving with careful strides upward and onward…”
—John Heim, Superintendent of the Madison City Water Works, 1883-4 Annual Report

“It was very labor intensive, deliberate. But also I think very meticulously done,” says Madison Water Utility engineer Pete Holmgren, who is overseeing the replacement of some of those original water mains during two projects in 2017. “They’re some of the best built pipes in the city, actually. They’ve been serving us well for a long time.”

Of those original 12 and-a-half miles of main – sometimes referred to at the water utility as “legacy main” – about 4 miles remain in service, mostly in the downtown area. Holmgren says all will eventually be replaced.

“It’s more about size than condition. (The pipes) were cast very thick, and they were built to last. The only issue with them is that in a lot of places, especially areas around the square, water demand has gone up. So they’re undersized.”

On Fairchild St., 1882-era 4-inch diameter main was replaced with new 12-inch pipes, dramatically increasing capacity. For Holmgren, the replacement projects have been a fascinating look into the city’s past.

“What was the street back then is the sidewalk or storefront areas now. The old pipe runs under planters, trees. They kind of just built over it when they rebuilt the square.” 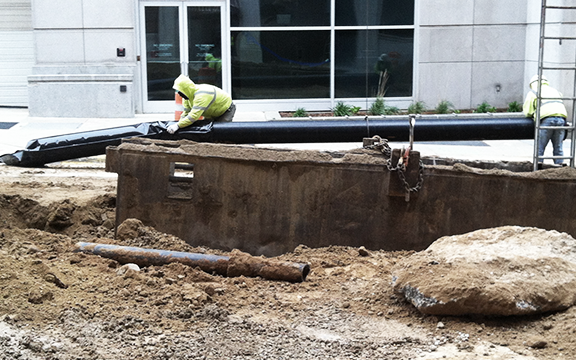 (Photo: 1882 main in foreground is replaced by a larger water pipe on Fairchild St.)

In the early 1880s, construction of Madison’s new infrastructure continued almost non-stop as weather allowed. Drinking fountains were going in at the city’s high school and at each ward school, a fountain “for main and beast” was added at the public market and fountains were also installed on the corners of University and Park, Livingston and Johnson, Williamson and Blount, Main and Bedford, and of course, in front of the waterworks building known as Nichols Station on Hancock Street. By 1885, much of the Isthmus would have running water, and many of those first mains would remain in service for well over a century.

Five years have now elapsed since the construction of the Madison city water works, and with pride we can look back to the work accomplished. It is beyond the most sanguine expectation of the then water works committees of construction, the council and of every citizen.
—John Heim, Superintendent of the Madison City Water Works, Fifth Annual Report, 1887 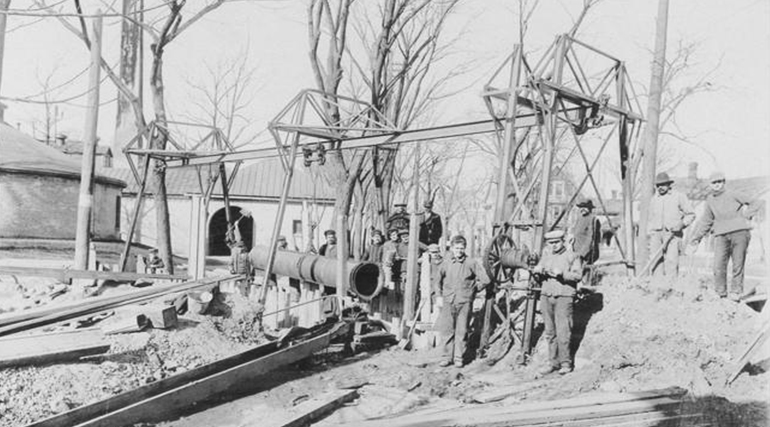 “Every foot of pipe, you’ve got to lay that out. It’s impressive. It speaks to the workmanship and dedication of the builders back then,” Holmgren says.

But by the mid-20th century, pipe manufacturing began to change. The nation’s water utilities, dealing with rapid postwar expansion, turned to a product known as spun cast iron that promised durability at a fraction of the cost of the old hand-poured mains. The thinner pipes were installed in booming mid-century neighborhoods across Madison, but they eventually proved more brittle and prone to breaks than their older, thicker counterparts. As Madison Water Utility works to repair and replace mains built in the 1940s, 50s and 60s, the legacy pipes that remain are virtually break free.

“They were all cast and formed pretty consistently,” Holmgren says. “I think it’s some of the most durable pipe that we’ve got in our system.”

Today’s water mains are made from a material called ductile iron, coated and wrapped to prevent corrosion. Much like the mains from those first years, Madison Water Utility expects these pipes to serve our community for generations. 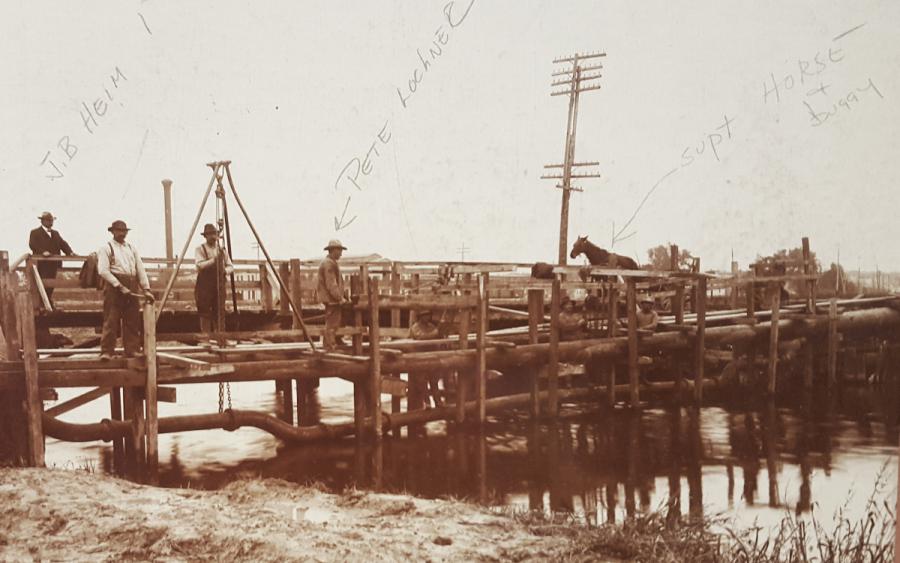 Original 1882 water main and other artifacts will be on display at Madison Water Utility's Operations Center Open House and 135th Anniversary Celebration, June 3rd from 10 a.m. to 1 p.m. at 110 S. Paterson Street. Find out more about the event here.