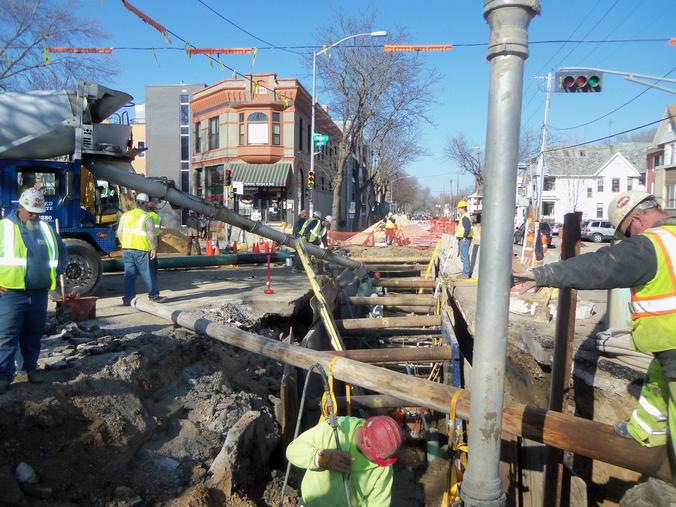 Everything that makes modern life possible is buried under East Johnson Street. It might sound like an overstatement, until you get a rare glimpse of Madison's complex web of infrastructure, temporarily exposed some six feet below the street's surface.

Miess is overseeing the water utility's portion of the massive East Johnson St. reconstruction project, which has been under design since 2012 and is currently underway, set to be largely completed by late fall. The project involves replacing about 7,000 feet of large water main, most of it running under the street from Butler and Hamilton to just past Baldwin St., at a cost of $2.4 million.

"It's about a quarter of our main replacement budget for the entire year. That's huge," says Miess, pointing out that much of what's being replaced dates back to the earliest days of the water utility. "A good chunk of that main is year one – 1882 water main."

The reconstruction goes far beyond water main replacement – everything from storm and sanitary sewer to electrical and fiber optic infrastructure will be upgraded or added. Miess says that means the project is about as complicated as they come, involving more than a half dozen city, county and state agencies and at least four separate private utilities.

"Every inch of underground real estate is going to be taken up down there," she explains. "There are five underground crews working there today – five! And that's just the general contractor."

Add in subcontractors and crews doing grading, forming up sidewalks and curb and gutter – all working in and around an 8 foot-wide trench that holds the city's most vital utilities – and the project becomes a delicate balancing act.

"There are times when (the trench) has to dive down even deeper to get under storm crossings. So every time we're coming to an intersection, you've got this tangled spider web of utilities and we've got this giant trench to work around. It makes everything much, much more complicated because we're working around deep, big obstacles ... It's intense!" 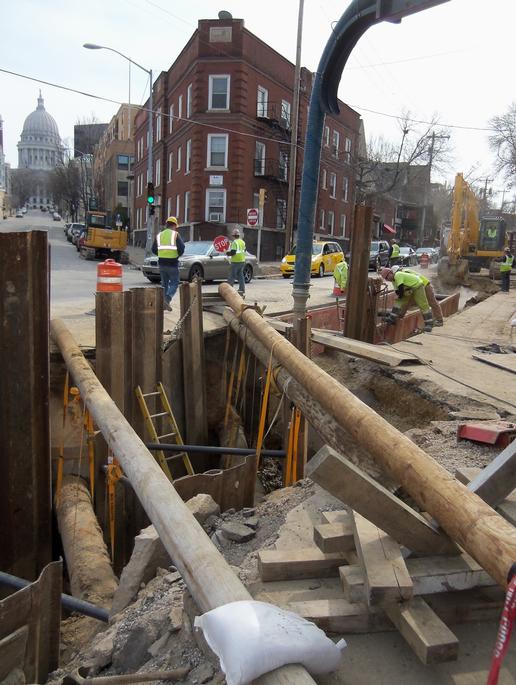 As intense as the last couple of months have been for those who've spent years planning and preparing for the project, Miess admits that most people in Madison probably see work on East Johnson St. as little more than a giant headache.

"I know. I get frustrated too. I've sat in traffic and thought, 'You know what, it's Johnson Street that's causing me to sit here.'"

But she insists that without projects like this, the vital services we rely on – clean water, heat, electricity, sanitation – are at risk.

"It's what makes our way of life possible, and it takes maintaining our infrastructure to keep it working. It's so critical ... It's the price we pay. It's a small price, ultimately." 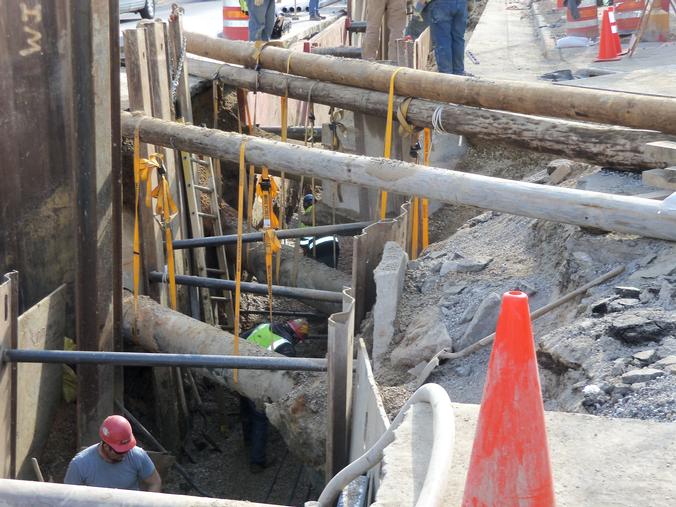 This content is free for use with credit to the City of Madison - Madison Water Utility and a link back to the original post.
Category: Serving the Community
Tags: Clean Water, Customer service, Projects, Sustainability