EPA looks to Madison as leader on lead pipe issue 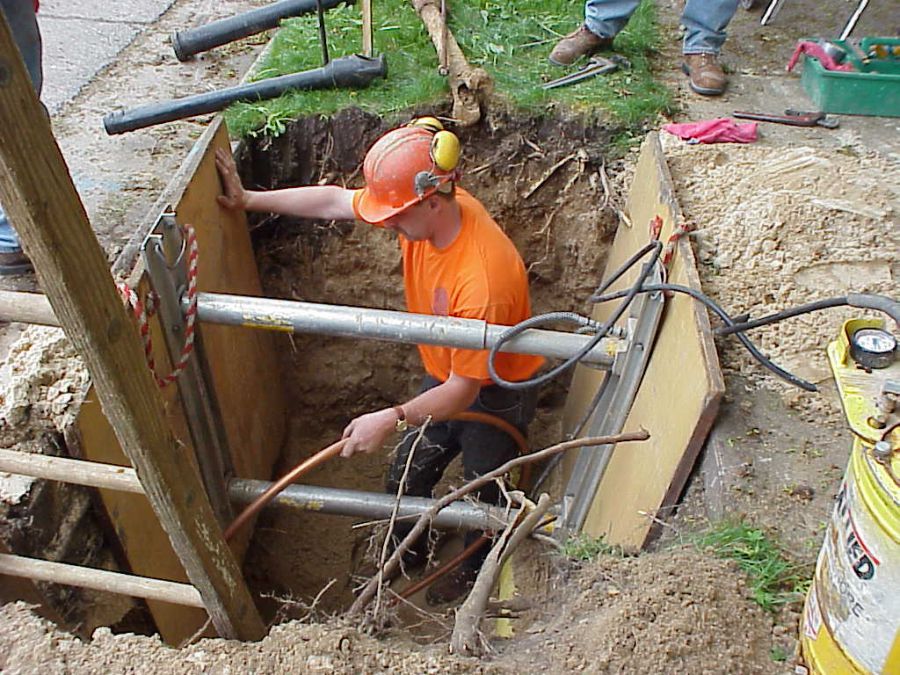 You can’t see it. You can’t taste it. But the impact of lead in drinking water can be devastating.

“Lead is a hidden contaminant,” says Madison Water Utility water quality manager Joe Grande. “There’s a growing concern in the water industry … that we’ve been talking about lead for two decades now, and little has happened from a lot of people’s perspective.”

The problem of lead in drinking water stretches back more than a century, when America’s cities were booming and utilities were busily connecting homes to newly-built municipal water systems. Before the mid-twentieth century, the pipes used to connect homes to water mains were almost always made of lead (Madison ended the practice in 1928). Today, those old water pipes are known as lead services, and they remain in use in just about every major city. Every city, that is, except Madison. 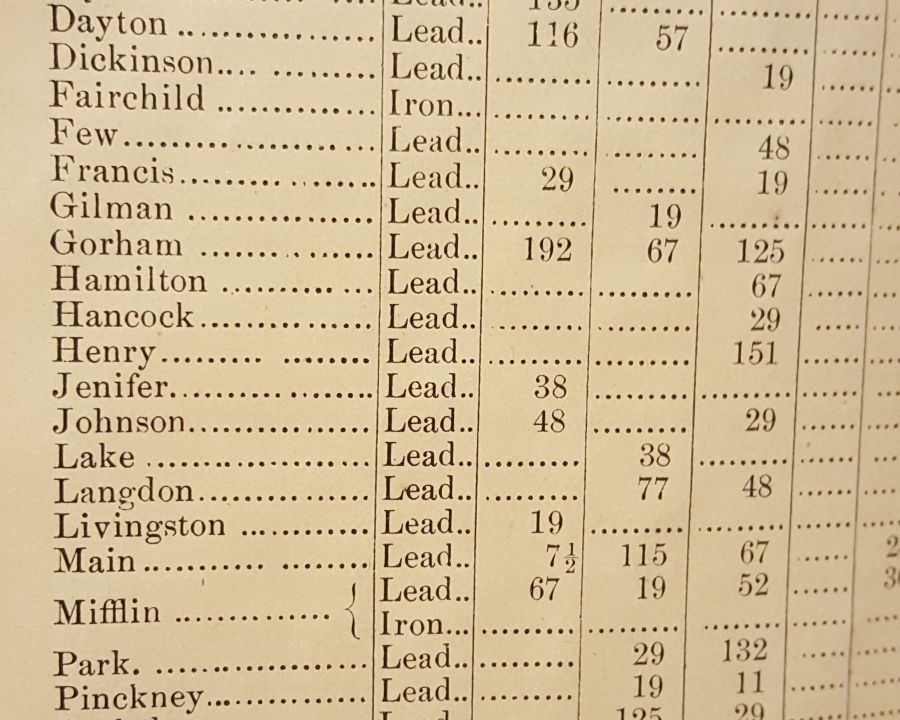 (Photo: List of Madison water services from 1885 report. All but two were made of lead.)

“Madison is now the example of what to try and strive for,” say chemist and independent consultant Abigail Cantor, P.E., who worked on the city’s lead service issue in the 1990s. “Madison’s name is batted around nationally whenever there’s a lead and copper discussion. Madison always comes up.”

That’s because 16 years ago, Madison took an unusually bold step in the battle against lead – a step that so far, no other city has completed. In 2000, Madison Water Utility launched its Lead Service Replacement Program aimed at physically replacing every single known lead service pipe in the city, more than 8,000 in all. The landmark program would take 12 years to complete and cost $15.5 million. Now, as the EPA works to revise its 25 year-old Lead and Copper Rule that regulates lead in drinking water, Cantor says Madison’s experience is a major part of the discussion.

“In the proposals for the new rule, there’s a focus on everyone changing out lead service lines. I think that’s good. They recognize that there are these legal and sometimes political barriers, and they’re going to work nationally to find a way to get past them so that every system can have this opportunity like Madison.”

“It’s a huge success. Knowing that lead service lines are the principal source of lead in drinking water and doing what you can to remove lead services …We are light years ahead of other utilities,” says Grande.

But other utilities are keenly aware that Madison’s success story almost never happened.

Over the lead limit

In the early 1990s, Madison Water Utility was busy doing what utilities across the country were doing – launching its first round of testing under the EPA’s new Lead and Copper rule. Samples were taken from kitchen taps in older homes to check for lead that could be coming from aging water services. The results weren’t good – lead levels were just over the new federal limit.

“Madison was told that they needed to optimize the lead in their water by getting (levels) down to 5 parts per billion,” recalls Cantor, who was working for a consulting firm at the time. “Madison wanted to do some studies, and I got assigned to do this.”

It was common knowledge in the water industry that lead services could corrode, causing the dangerous heavy metal to show up in a home’s drinking water. What wasn’t common knowledge was exactly how to prevent it. Most water utilities turned to chemical additives prescribed under the Lead and Copper Rule.

“The Lead and Copper Rule is written as if lead in the water is a real simple thing. If you’re over the action level, simply put in a chemical and you’ll be fine. And that’s the way it still is today,” explains Cantor. “I did some studies of Madison’s water system to find a chemical that could be put in the water to control the lead. As far as anybody knew, that’s what you do. You’ve got to alter the chemistry of the water so that the lead stops going in.”

But in Cantor’s offline tests, the recommended chemicals didn’t work. She says some additives actually made the problem worse.

“I did all the tests that were prescribed. I put the polyphosphate in the water – this is offline – and the lead was four times higher than the treated water... I kept finding my results being contrary to what the Lead and Copper Rule was telling me to do”

It soon became clear to Cantor that there was only one real answer to Madison’s lead problem. She made her recommendation to Madison Water Utility – all the lead services in the city needed to be replaced. 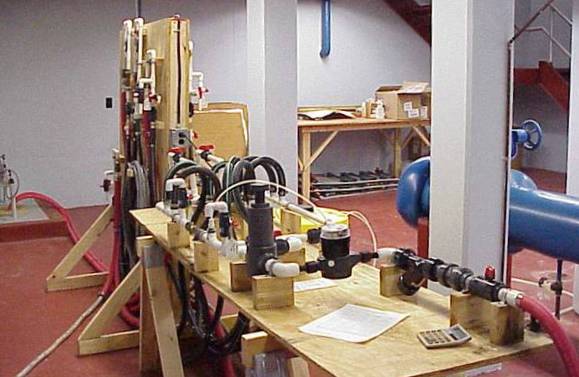 “I took it for granted that the water utility manager would listen to what I had to say and then he would find a way to carry it out,” says Cantor. But she never dreamed that carrying out her recommendation would turn into a battle for Madison Water Utility that dragged on for years. The first hurdle the utility faced came from the EPA itself.

“Basically the Lead and Copper Rule says you must put some kind of chemical in the water first. Because you’ve done a study offline, it’s not going to count,” says Cantor explains. The DNR, which enforces EPA rules in Wisconsin, initially refused to let Madison Water Utility replace the pipes. “Then came years and years of discussion with the DNR about how Madison could skip the step of putting a chemical in the water.”

But even with the DNR finally on board, the utility faced another major hurdle – the services were technically private property.

“The water service lines to people’s homes are owned by the utility up to a certain point. It’s up to the property line,” explains Cantor. “And on the property line, there’s this little valve – it’s called a curb stop. The utility can do anything they want with that. But from the curb stop to the house, it’s the property owner.”

Madison Water Utility had already begun replacing water services on its side of the valve, but if the rest of the pipe was still made of lead, there was little hope that it would make a difference when it came to lead levels inside the home.

“We knew that the lead service line was the source of the lead. Until you remove the (entire) lead service, you’re still going to have an ongoing source of lead,” Grande explains.

So Madison Water Utility needed action from the Common Council. An ordinance would be necessary to require thousands of homeowners to replace lead services on their sides as well. To lessen the financial burden for homeowners, the utility would pay for half the cost of replacement up to $1,000. But that plan didn’t sit well with the Public Service Commission of Wisconsin, which regulates how utilities can spend customer dollars.

“The Public Service Commission said that it would set a precedent … that other utilities would have to pay for private property upgrades,” Cantor recalls. “They said no.”

The proposal was instantly met with criticism from the public as well. Not only did many Madisonians feel that public money shouldn’t be used to pay for private pipes, some didn’t believe that a real public health risk from lead services existed at all. Underscoring that belief was an opinion piece from the Wisconsin State Journal that ran days before the Council vote, with the headline, “Lead risk rings hollow.”

“It’s fascinating. I’m mystified,” says Cantor of the negative reaction. “First of all, it’s a federal law. Basically Madison had to comply. But the second thing is, if I had a lead service line, I would get it out so fast! And here was an opportunity to be subsidized to get it out.”

But Grande isn’t as surprised at the pushback.

“People will say, ‘I’ve lived in this home for 50 years. It’s not something that’s affected my health … This is a waste of money.’ I think that played into it.” 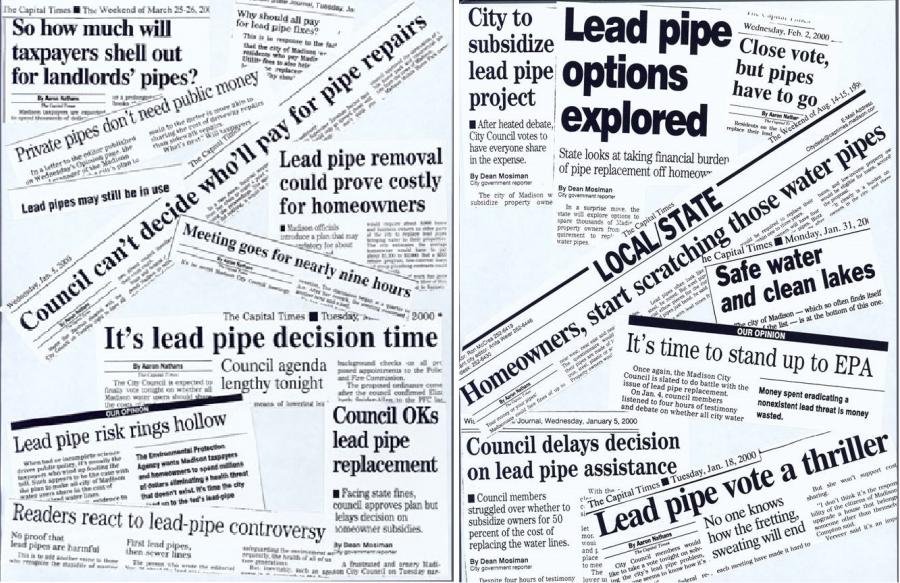 "Madison went down every right path"

In the winter of 2000, after months of wrangling over how it would work, the Common Council narrowly green lit Madison Water Utility’s Lead Service Replacement Program, the first of its kind in the country. The seemingly impossible step of replacing 8,000 lead water lines was now underway. By the end of 2012, it would be one of the crowning achievements of the utility.

“Certainly it’s something to be very proud of,” says Grande. His department still regularly tests for lead in Madison’s water, but he’s not worried about complying with the EPA’s Lead and Copper Rule anymore. According to Grande, the problem of lead in drinking water has been almost completely eliminated in Madison because of the program. It’s something few other cities can say.

“It was something the utility and the city decided was an important thing to do. In the end, I think this is where utilities are going to be pushed … Now we know what the costs were. We know what some of the hurdles were. But we also know what the positive outcomes are.”

Now, as the EPA revises its Lead and Copper Rule, Madison is one of a handful of cities that they’re looking to for information that might someday help others dealing with lead.

“You never know if you are truly making the right decision at the time you’re making it,” Cantor says. “But looking back, Madison went down every right path. Thank goodness."

This content is free for use with credit to the City of Madison - Madison Water Utility and a link back to the original post.
Category: Water quality
Tags: Madison, lead pipes, EPA, Water Quality, lead service replacement program