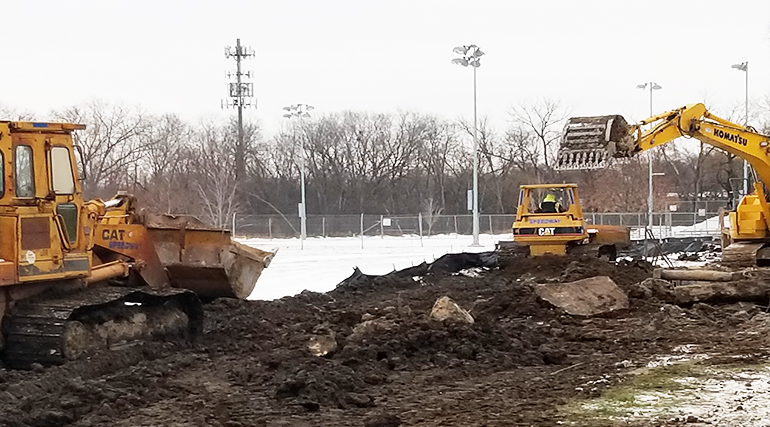 It’s easy to see that something is happening at Bowman Park on Fish Hatchery Road. Backhoes dig deep trenches into the soft, snow-covered earth, cutting a swath across the entire south end of the park. But it’s not so easy to see is what the trenches will hold – the final section of Madison’s Cannonball Water Pipeline, a major infrastructure project 10 years in the making.

“It was a high-priority project,” says Madison Water Utility project engineer Adam Wiederhoeft. “It took a long time to build, but it provides a lot of benefit.”

Madison Water Utility has spent $5.7 million to build the 5-mile transmission water main, the utility’s biggest high-capacity pipeline project in at least 20 years. The main essentially runs under the Cannonball Bike Path, in the old railroad corridor, from the Verona Rd./Beltline interchange, along Dunn’s Marsh, the Arboretum, and Arbor Hills Neighborhood, then under the Beltline back up to the Fish Hatchery Rd./Park St. corridor.

Wiederhoeft says it all started with concerns about getting enough water into Arbor Hills to protect the neighborhood from fires.

“The fire protection issue was the catalyst. Arbor Hills was kind of this remote neighborhood connected off of a single pipeline. It just had real limited supply integration to the rest of the system.”

The Cannonball Pipeline brought a second source of water to the neighborhood, which meant more protection in case of a fire. But Madison Water Utility also saw the pipeline as a way to move water across two different sections of the city, called pressure zones. One large pressure zone serves about a third of the west side, another serves Madison’s south side. The Cannonball Pipeline, with the addition of a booster pump station, would connect the two.

“Halfway through this 10 year endeavor, we built Booster Station 118, which actually pumps the water from the south side of Madison and into the west side. That west side is higher pressure, so you need a pump station to make it happen.”

The connection means Madison Water Utility’s pump operators can move water across two large sections of the city, a backup in case a well in one section goes down. That’s exactly what happened in early November, when a large main broke under Whitney Way, less than a block from a major well. The pump operator had to take the well offline to stem the flow of water down the street until main break crews could arrive.

“That west side zone had to be supplemented with water from the Park Street area to maintain pressure while the well was offline,” Wiederhoeft explains.

Though most of the pipeline is already in service, the final phase will make moving large volumes of water between the two zones more efficient. 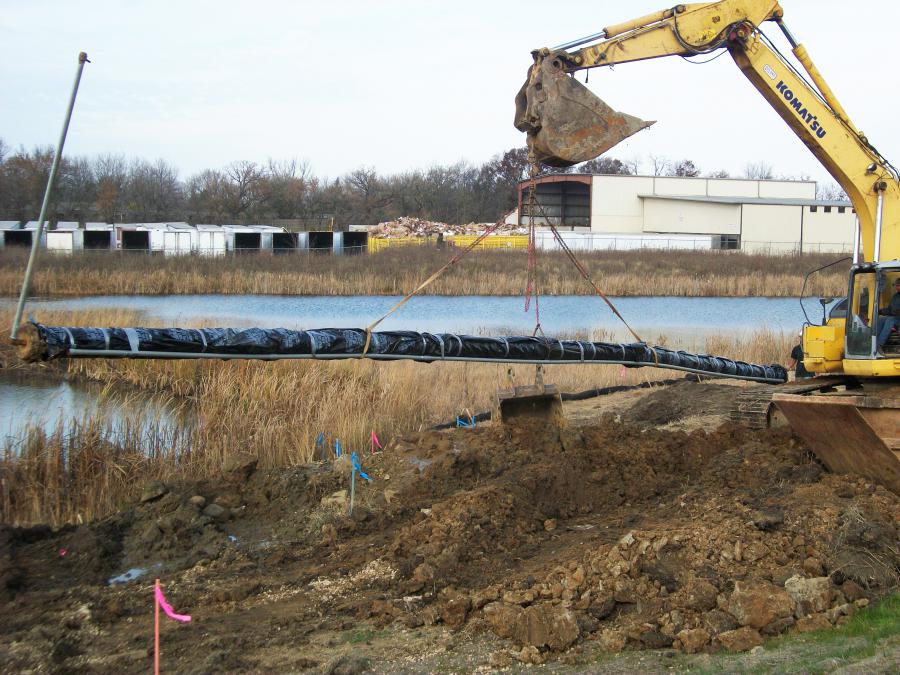 The last segment of the Cannonball water pipeline is set to be finished in spring.

This content is free for use with credit to the City of Madison - Madison Water Utility and a link back to the original post.
Category: Serving the Community, Sustainability
Tags: Arbor Hills, Fire, water, Fire protection, Water Main