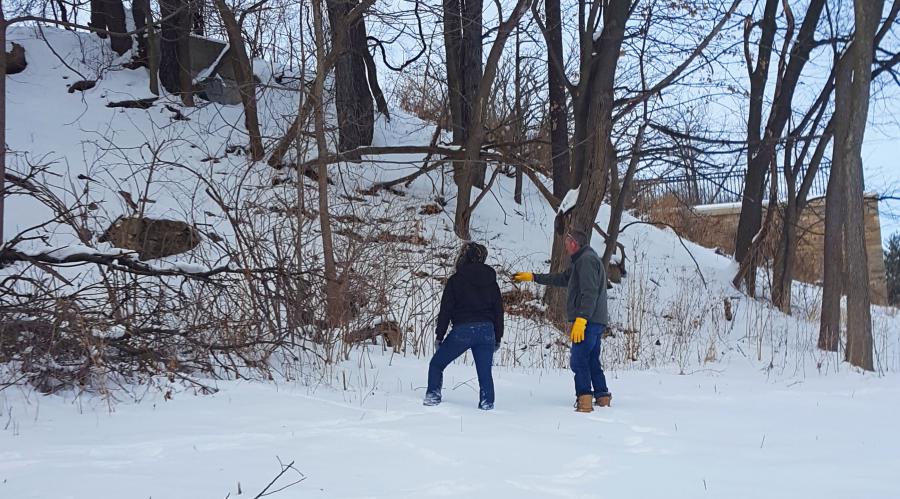 When it was built 1926, the 6-million gallon Glenway St. reservoir was considered an engineering feat, so much so that Madison Water Utility proudly filmed much of its yearlong construction. Now, more than 90 years later, Madison’s biggest and oldest reservoir is in the spotlight again, but for an entirely different reason.

“This is one of our traps for foxes,” explains UW graduate student Heather Sanders as she carefully uncoils a thick wire with a loop on the end. “When the fox walks through, it cinches up just enough to keep the fox in place, but not enough to actually harm it.” 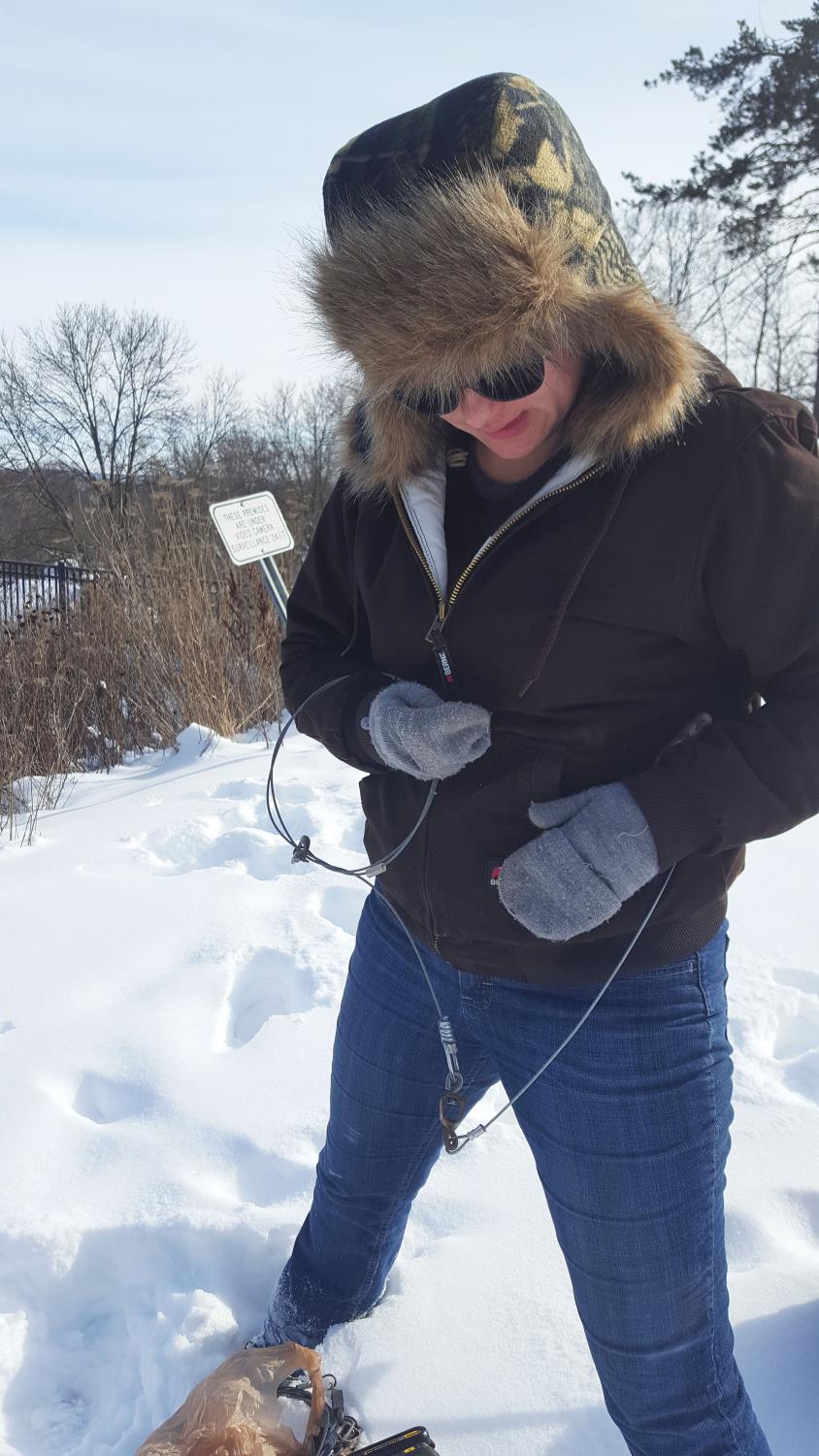 The trap is one of at least three that will be placed on the massive buried reservoir, which mimics a natural hillside and is the central feature of aptly-named Reservoir Park. UW wildlife ecology professor Dr. David Drake says the reservoir’s grassy area on top and dense brush along its steep sides makes it an ideal spot for red foxes.

“This is just kind of a simulation of what they would find out in the wild. They’ll come here to travel, they’ll come to hunt. They’ll come to den, raise young. I wouldn’t be surprised if in the summer, they’d be out here sunning themselves in the open area.”

Drake’s team has been keeping an eye on the reservoir as a possible location to find foxes for several years. But this year, after a heavy February snowfall, Sanders finally spotted tracks. The team had to act quickly to set traps while they could still see where the foxes were moving on the reservoir.

“We’re using their natural area, where they’re tracking,” Drake explains. “Now that we kind of know where they are, we do much more targeted trapping.”

Sanders notes the traps will be checked every day, and if they do find a fox “We put them to sleep while we take all their measurements and put a GPS collar on them, and then we wake them up and release them.

Though rarely seen, coyotes have been living among us in Madison for years. But recently, people have noticed bright orange foxes running through backyards, parks, and yes, even on reservoirs.

“I think that fox are a more recent addition to the city than coyotes are. The fox population seems to be more variable up and down, and where they are – the territories seem to be shifting. That would suggest to us that they’re not established yet.” 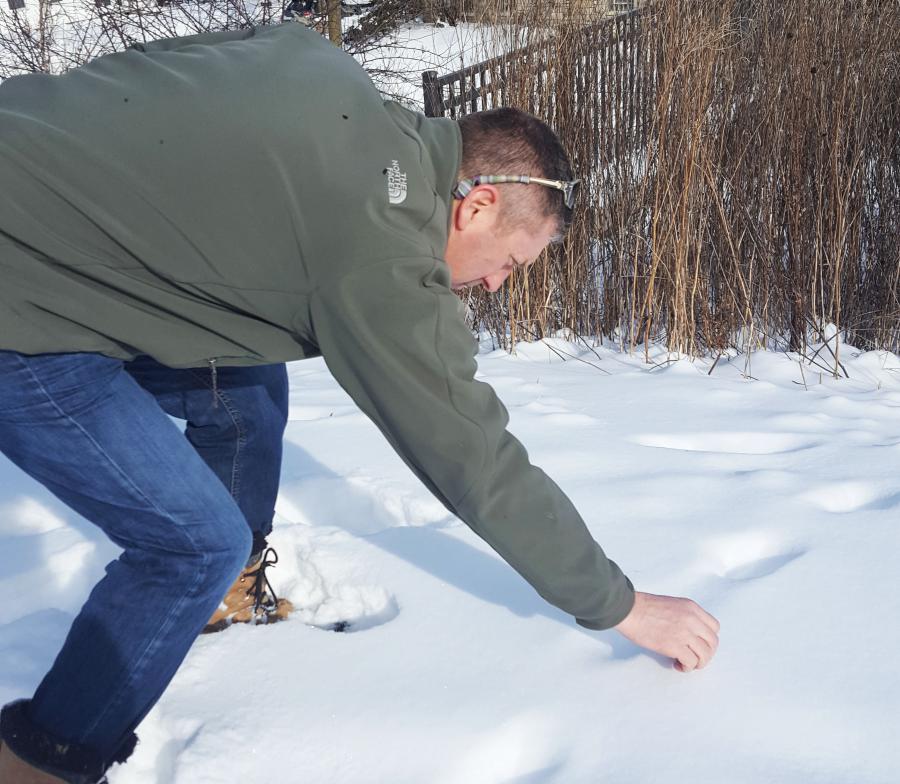 (Photo: Drake examines fox tracks on top of the reservoir)

Drake is hoping is team’s research is will shed some light on why, now that they’re both living in Madison, coyotes and red foxes seem to co-exist peacefully. He says that’s not the case outside the city.

“If you go out in the country, in the areas where you typically have coyotes, you don’t see a lot of red fox, if you have any at all. They’ll displace the fox, they’ll kick them out of that area so they can have protect the limited resources, food. If they catch the fox, they typically will kill it.”

But in Madison backyards, access to resources is different.

“Think about all the rabbits and the squirrels, meadow voles, birds, nests. It’s like a banquet out there!” explains Drake. “What we think is allowing this coexistence is there’s such an abundance of food that these animals can share it. They don’t have to compete like they do in a rural area.” 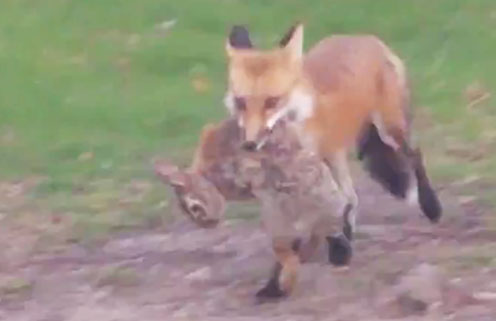 Drake is also looking at how the fox population in Madison has shifted in just the the past few years.

“When we first started this project, there were 18 fox on campus from two different families during breeding season. And now there might be two or 3 fox on campus. Where they all went, we don’t know. That’s what we’re looking for also.”

Tracking and trapping foxes can be a time-consuming, difficult process. But Sanders insists tracking animal movement is a critical part of species management.

"It gives us a better idea of what they need, what they want in a landscape."

And for Drake, there would be nothing better than finding a fox waiting at Glenway St. Reservoir.

"It’s like Christmas morning! When you catch something, it’s awesome."

This content is free for use with credit to the City of Madison - Madison Water Utility and a link back to the original post.
Category: History