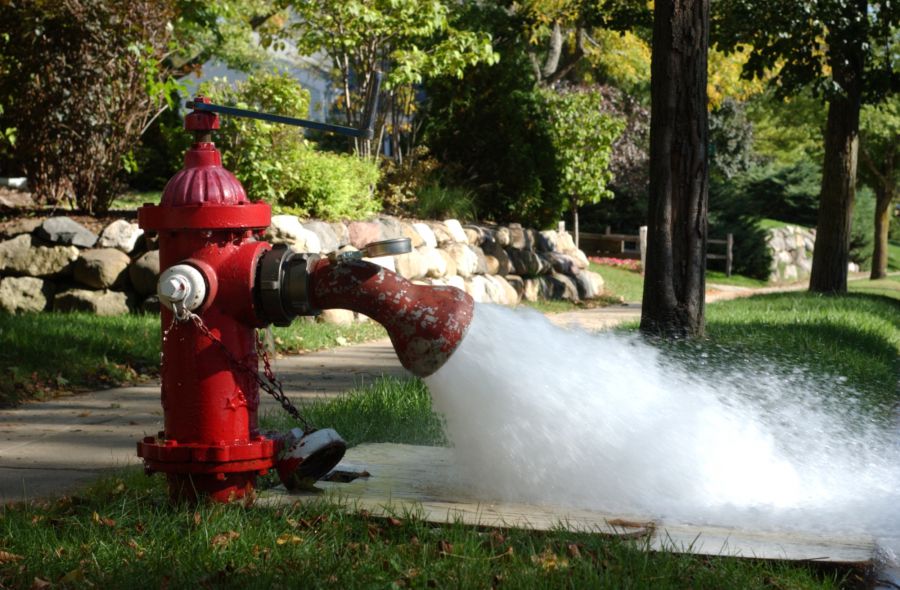 It’s a tall order. Every spring, Madison Water Utility crews set out to clear mineral sediment from some 900 miles of water main. They spend months moving from neighborhood to neighborhood, opening up more than 2,500 fire hydrants to flush iron and manganese out of the city’s water pipes.

“It takes about 8 or 9 months, usually from April to Thanksgiving,” says Shayne Santi, who oversees Madison Water Utility’s water main flushing program. “The goal is to flush the whole city one way or another.”

But Santi says it didn’t used to be that way.

That’s when Madison Water Utility faced public outcry over naturally-occurring manganese in the city’s drinking water. A shift in pumping patterns had made Madison’s longtime manganese issue even worse, and it became clear that cleaning mains for just four weeks a year wasn’t enough. Utility officials were pushed to make a change.

"That unfortunate circumstance actually turned to a good thing," insists water chemistry expert Abigail Cantor, P.E., who has worked with Madison Water Utility and other utilities across the country to conduct water quality investigations.

Cantor helped Madison revamp its flushing program. She points out that, these days, it's not just the utility's focus on flushing that sets it apart from many utilities across the Midwest. It's the type of flushing the utility now conducts—a procedure developed in the early '90s known as unidirectional flushing. 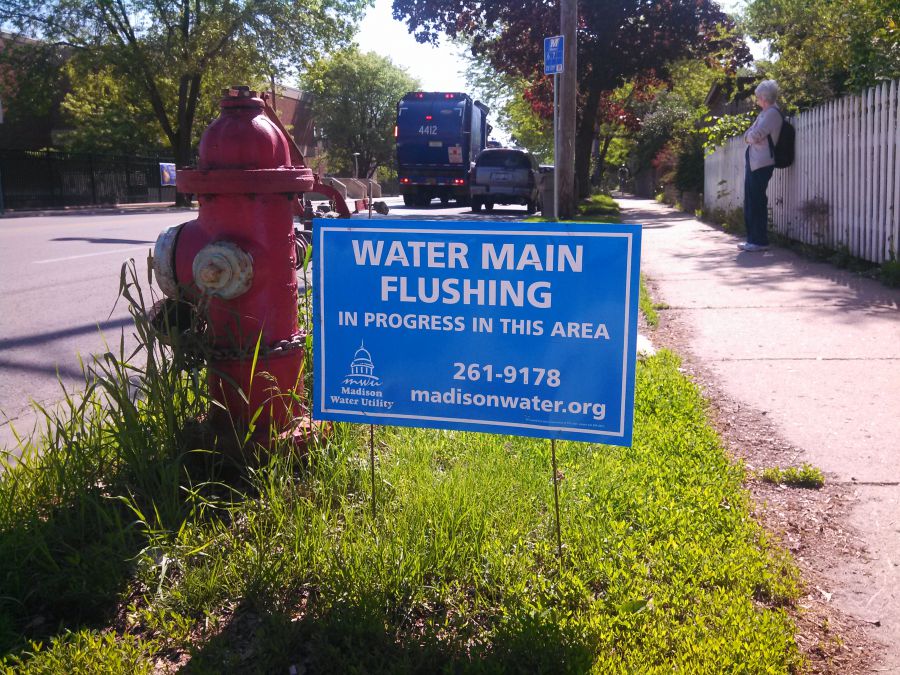 Madison Water Utility now spends about $300,000 a year on water main flushing alone. About 300 miles of main located in parts of the city where water contains elevated levels of iron and manganese are flushed using the unidirectional method.

"Madison is on the forefront of doing unidirectional flushing and having a routine protocol for doing that," Cantor says. "It's essential for achieving the best water quality that can be achieved."

“Overall the water quality is night and day, in the downtown area especially,” adds Santi.

The utility has also spent millions of dollars installing iron and manganese filtration systems at some well facilities and is stepping up its water main replacement program. It's all part of a multifaceted approach to dealing with what Cantor calls a common water quality problem in the Midwest. Communities throughout the area have high levels of iron and manganese in their groundwater. Cantor has examined the water quality in so many of those places and beyond, she's lost count.

"It's like I'm a pipe whisperer," she laughs. "You can see amazing things if you take water samples in a strategic way ... You can come to some really good conclusions about what is shaping your water quality – the interaction of the water with the piping material and the debris on the pipes."

But she says despite its success, a comprehensive flushing program like the one enacted by Madison Water Utility eleven years ago is still pretty rare.

"The flushing and pipe replacement typically get on the bottom of the budget list in most utilities. There's a big impact of the cleanliness of the pipe on water quality. That sounds like common sense, but for some reason, it's not.”

Still, Shanti says there are signs that other utilities are starting to take notice of the program and the benefits of unidirectional flushing.

“I’ve had a lot of different water utilities call and ask about what’s we’re doing and ask for advice on how to get a flushing program going,” he says.

(Find out when crews will be working in your neighborhood on Madison Water Utility's water main flushing page.)