Into the bore hole: Tackling the road salt problem at a west side well 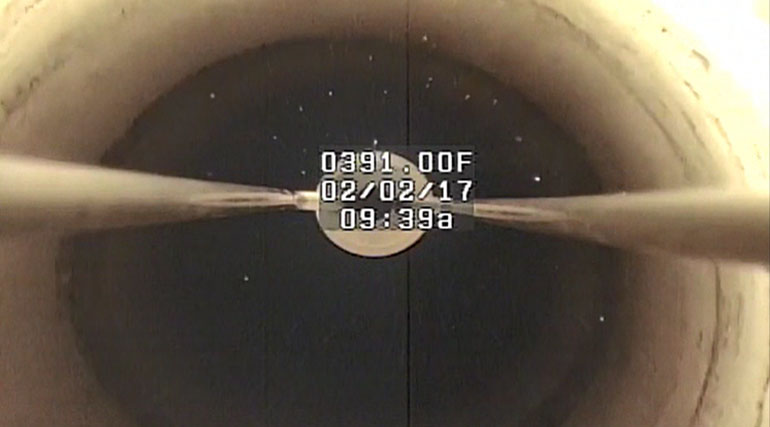 Photo: A camera moves deep into the bore hole beneath Well 14 off University Ave.

About five years ago, Madison Water Utility started getting complaints from people living in the Spring Harbor neighborhood, and they centered around one issue – taste.

“They’d say, ‘The water used to taste great, and now it tastes different. It’s not as good,’” recalls Marie VanAartsen, who answers calls to the utility’s water quality line. “They couldn’t always pinpoint what was different. Just that it was different. It was more residents who had lived in the neighborhood for a long time, 20 or 30 years. This was their consistent source of water, and they could notice a change, not so much day-to-day, but from in the past.”

It turns out, there was a change. Sodium and chloride, the components of road salt, were making their way into the well that serves the neighborhood – Well 14 just of University Avenue. The well pumps more than 750 million gallons of water every year, mostly to neighborhoods along University Ave. between Whitney Way and Allen Boulevard.

“It’s a critical well for us,” says the utility’s water supply manager Joe DeMorett. “It’s at a location that’s much needed in our system. In the past two years, we’ve only shut it down for one day.”

But recently, Madison Water Utility took the unusual step of shutting the well down again, not for one day, but for weeks. The temporary shutdown allows for an in-depth study of the geology below the well, in partnership with the Wisconsin Geological and Natural History Survey.

Researchers have begun lowering probes into the 700-foot bore hole beneath the well, measuring everything from temperature to conductivity. Grande hopes that the team will be able to pinpoint which geological formations are contributing the most sodium and chloride to water pumped from Well 14. 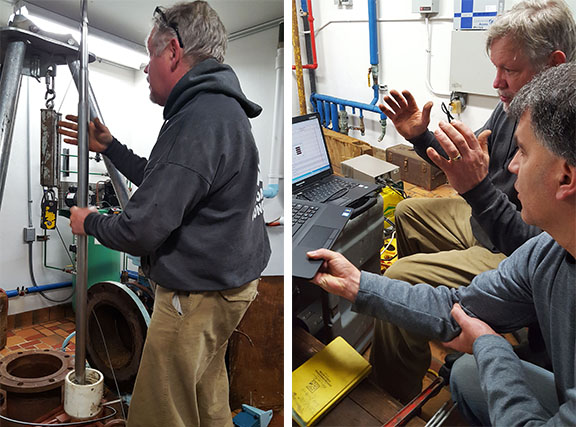 Photo: A probe is lowered into the bore hole and its results monitored and recorded nearby.

“We’re trying to get at where the sodium and chloride are potentially coming from, where in the bore hole. Is there something that we can do to seal off portions of the bore hole to improve water quality? By having that information and knowing which portions of the well are the most productive in terms of water supply, we can find out.”

Grande estimates water pumped from the well is about 16 years away from crossing an EPA-recommended threshold for chloride, which doesn't make the water unsafe, but it does cause a salty taste. Although there is no Federal standard that requires Madison Water Utility to take action because of sodium or chloride, Grande says the utility is committed to finding a solution.

“If we don’t, then down the road, there are going to be these impacts that make the water unpalatable. But we’re drawing attention to it now because we want to come up with some kind of solution. Our long term goal is to improve the water quality so we don’t get to that point where our customers are rejecting the water. And I think that we still have time to do that.”

Madison Water Utility expects to have results of the study by spring.

This content is free for use with credit to the City of Madison - Madison Water Utility and a link back to the original post.
Category: Water quality
Tags: Madison Water, Road Salt, drinking water, study