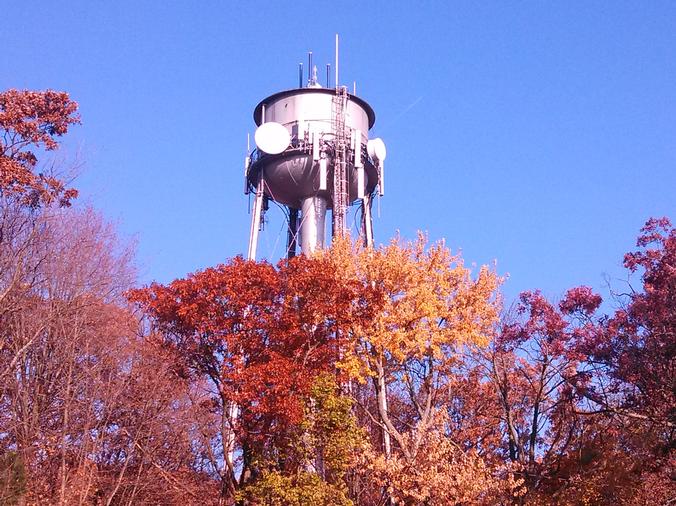 Saying goodbye to the old teapot

It's one of the last hilltops in Dane County preserved from development – one of the few places surrounded by both nature and history. Lake View Hill isn't just a park. It's a conservancy and designated urban green space. Buildings on the land, once home to the Lake View Hill Tuberculosis Sanatorium, are listed on the National Register of Historic Places.  Legendary conservationist John Muir is even said to have climbed Lake View Hill to get one last glimpse of UW Madison before leaving on a journey that would eventually take him to California.

"From the top of a hill on the north side of Lake Mendota I gained a last wistful, lingering view of the beautiful university grounds and buildings where I had spent so many hungry and happy and hopeful days. There with streaming eyes I bade my blessed Alma Mater farewell."  –John Muir, My Boyhood and Youth (1913)

Sitting atop that famous hill now is Lake View Reservoir. It's no wonder Madison Water Utility's plan to replace the 75 year-old water tower is getting a lot of attention.

"You get out and look back from DeForest and what you see on the hill is that water tower," says Nelson Eisman, who lives "a stone's throw" from the tower.

"A lot of people live right there. That park is a neighborhood centerpiece," he says.

But Cawley points out that the tower, built in 1938 to provide water for patients and caregivers at the sanatorium, is vastly undersized.

The new, larger tower to be completed in 2015 will ensure firefighters have enough water to not only protect the neighborhood surrounding Lake View Hill Park, but the entire northeast side of Madison. While Eisman admits that he'll "hate to lose the historic nature" of the old tower, he says understands the need to improve fire protection by installing a bigger, more modern structure. 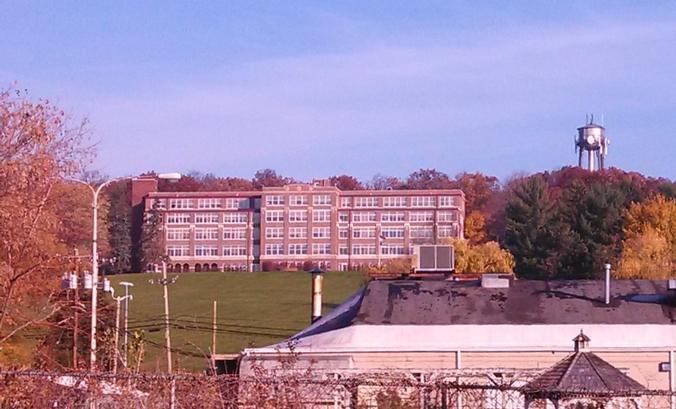 What's really drawing Eisman to the project's public meetings isn't the tower itself – it's the park around it.

"Everyone who walks through (the park) goes, 'Oh wow, it's so beautiful!'" he says.

As a member of the group Friends of Lakeview Hill Park, Eisman spends his days carefully restoring the native oak savannah and woodland surrounding the tower. Part of the area, he says, was used as a coal ash and materials dump by the sanatorium, which closed in 1966.

"I'm retired. It gives me something to do – taking out the invasive species, planting native shrubs and trees," Eisman says. "Many of the Friends of Lakeview Hill Park are neighbors. We walk in it every day."

Lately, Eisman has been walking through the wood preparing for the tower reconstruction project ahead, tying ribbons around non-native and invasive trees that he believes don't need to be protected. 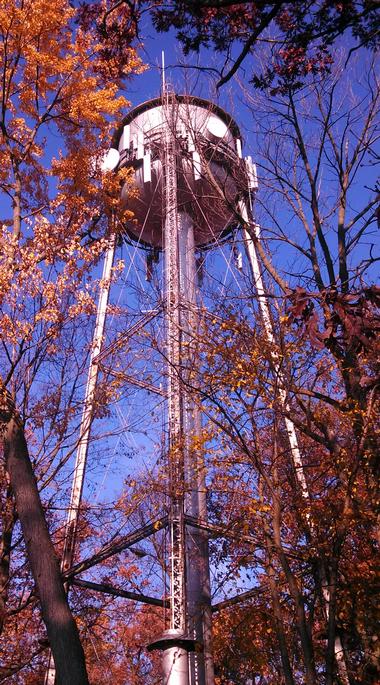 Eisman has also joined the Water Utility's citizen advisory panel (CAP) for the project in order to have as much input as possible.

"I'm glad the utility went to the expense of bringing their contractors and engineers to us. When people asked questions, they had really good answers for us. It was good to have experts in the room who could explain things."

Through the work of volunteers and neighbors, Lake View Hill Park is once again becoming that special place where John Muir said goodbye to Madison, surrounded by red oaks and old hickories. But for Eisman, preserving the park isn't about the past – it's about the future.

"It's a great resource for the schools," Eisman explains. "It gives them an opportunity – not a virtual opportunity that they get on their cell phones – a real opportunity to engage with the soil and plants and animals in the park."

To be notified of upcoming public meetings regarding the Lakeview Reservoir project, you can contact the Madison Water Utility at 608-266-4651 or water@madisonwater.org.