Photo: Lou and Peter Barryman record the video for their song, "A Little Water"

Twelve years ago, Madison songwriting duo Lou and Peter Berryman wrote a little jingle, a short but important tune about water conservation called “A Little Water.” The new song had been commissioned by Madison Water Utility.

“We decided not to push the Lou and Peter Berryman song at that time,” says former MWU Chief Administrative Officer Robin Piper. 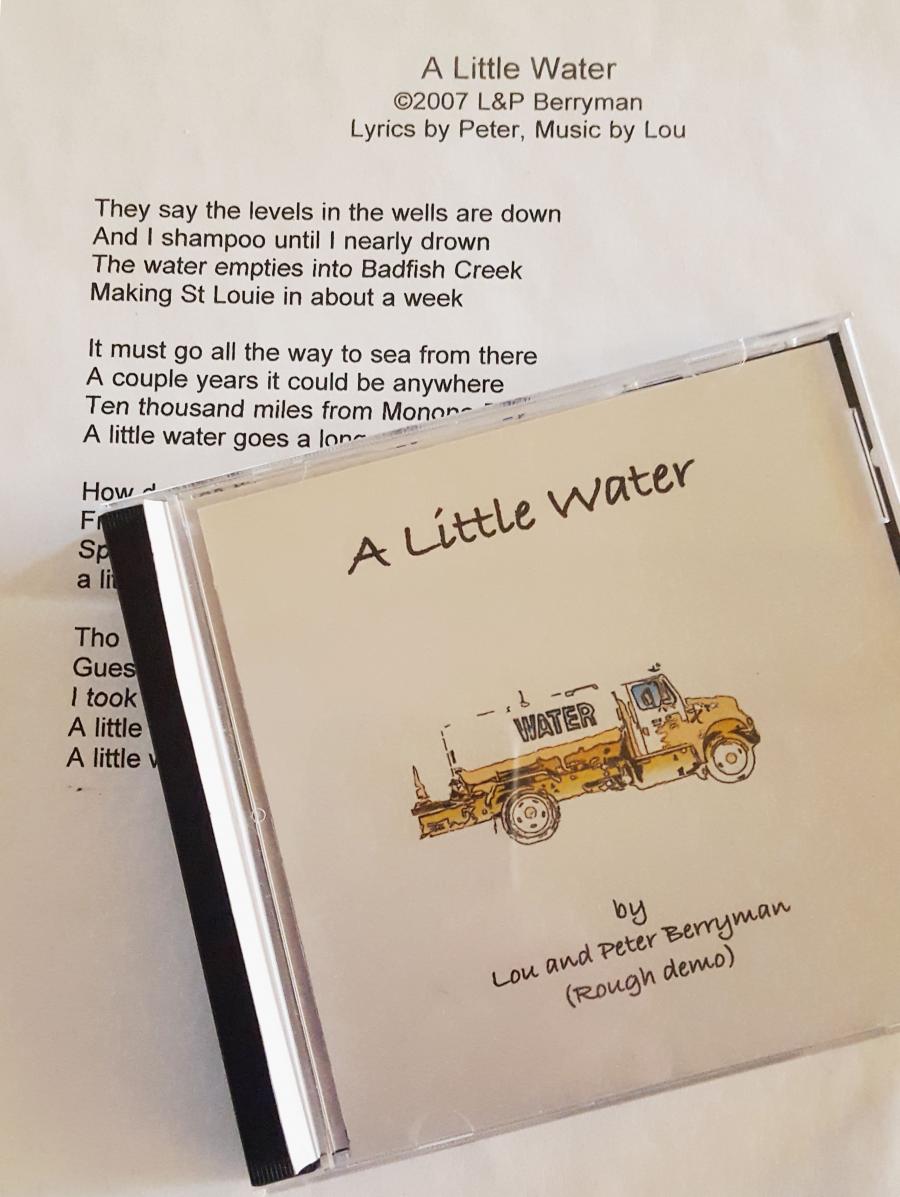 Over the years, utility staff members involved in the decision to record a jingle either retired or moved on. Few who remained had any idea a song ever existed.

The new song—and an accompanying video--made its debut on YouTube in 2017. The song also appears on Lou and Peter's first CD in five years, "OK, So Far," released in April.

This content is free for use with credit to the City of Madison - Madison Water Utility and a link back to the original post.
Category: Sustainability
Tags: Lou and Peter Barryman, Conservation, Sustainability