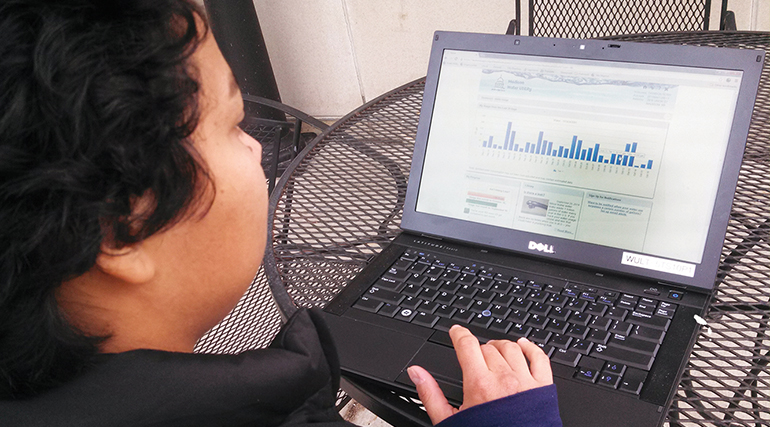 What customers have been waiting for

How much water do you use watering your lawn? How about doing laundry or taking a shower? Madison Water Utility customer service representative Pam Mousley says there used to be just one way to find out.

Except, not surprisingly, most people don’t.

“Not only do people not understand how much water they’re using, they also don’t remember what they did a month ago,” Mousley explains. “Say you come home from work, turn the hose on and let it go for three hours. That’s 150 gallons an hour. If you’re getting a bill a month or so after that time period, you may not remember that you were watering every day for two weeks.” 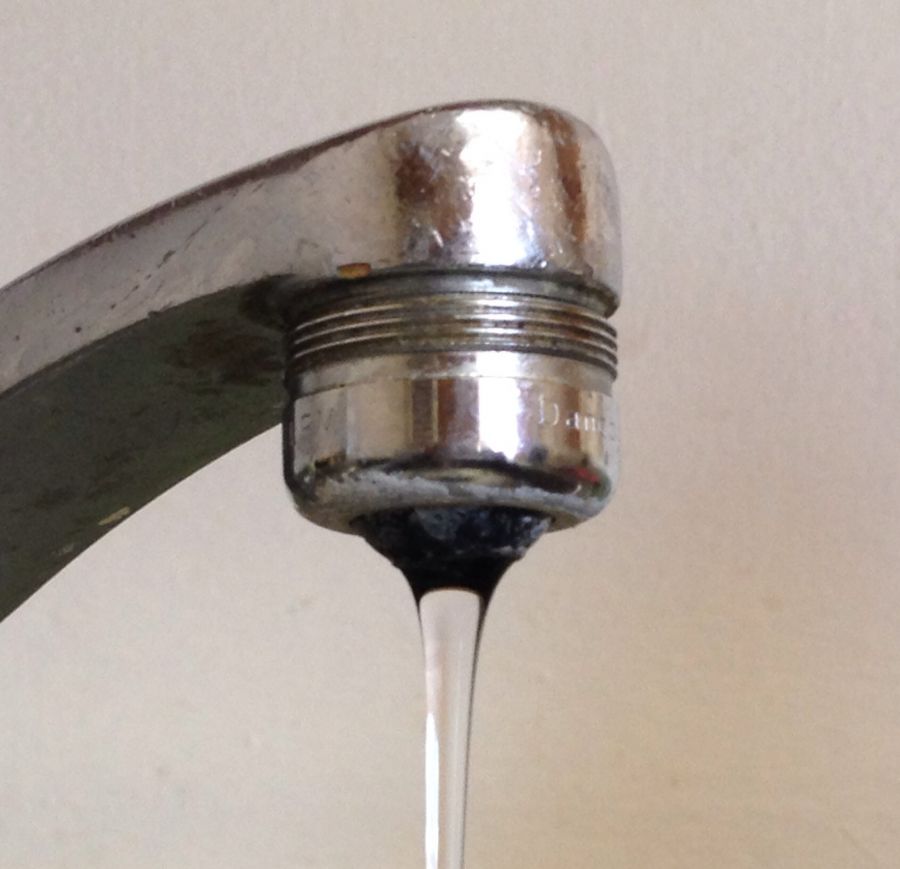 But all that’s changing with the introduction of a new online water use tracking tool that Madison Water Utility recently debuted on its website. The utility is the first in Wisconsin to allow its customers to track their own monthly, daily and hourly water use online. The web-based tool works on home computers, laptops and smart phones.

“It’s such a drastic change between what our customers used to be able to find out when they got their bill versus what they can do now,” says Madison Water Utility customer service manager Robin Piper. “You go in and see right down to the hour what type of water usage you had. We’re making available to our customers data that’s really theirs.”

Piper says the move is something customers have been waiting for.

“We’ve been getting many calls and emails from people asking, ‘When are we going to be able to see our usage?’ The novelty may wear off for a few customers, but I think there are some who are truly interested in seeing how the water that they use impacts their bills. You need the knowledge of how you’re using your water and when you’re using your water to be able to conserve it."

Madison Water Utility customers can sign up for a Customer Care account to view their detailed usage and billing information (people who have already signed up to view their bills online can use the same login). Piper says once people are logged in, they should look for the View My Usage link on the left hand side of the page.

“You click on that, it opens up your usage, and it’s got your last 30 days usage graph – it’s called the dashboard,” he explains. “You can change between viewing monthly, weekly, daily usage. You can click on individual days and get the hours to show up. You can overlay temperature information, weather information, on there to see if there’s any correlation between how warm it was and how much water was used. You can do comparisons month to month, and year to year. You’re also able to export that data into a PDF or Excel spreadsheet.” 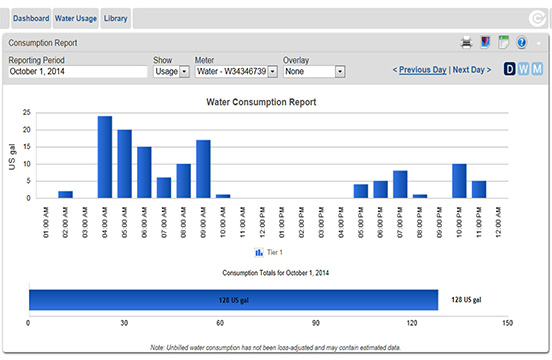 Piper says a customer has access to all usage data dating back to the day a new, wireless meter reading system was installed in his or her home. Most had the new system installed one to two years ago.

“People can also set up email alerts on a daily, weekly, or monthly basis to be notified when they exceed whatever usage threshold they choose. The control is with the customer. It’s the ultimate conservation tool if you really use everything it’s capable of.”

“People will be surprised”

It wasn’t that long ago that Mousley routinely took calls from customers stunned and confused over an unusually high six-month water bill. That’s because major household water leaks often went unnoticed for months.

“They would find out either when the account was flagged when we were processing the (usage) reads for an upcoming billing, or when they got the bill in the mail and saw how high it was,” Mousley recalls. “They’d be in the dark for months.”

Mousley says most leaks aren’t always obvious – a silently running toilet, a broken lawn irrigation system, a leaky hose bib – but they can be costly. That’s why she says transitioning to monthly billing, which Madison Water Utility did in September, and giving people online access to their water use is so important.

“We get quite a few calls. They want the ability to see if and when there is a problem. It will be a huge change.”

And Piper insists it’s not just leaks that customers want to see. 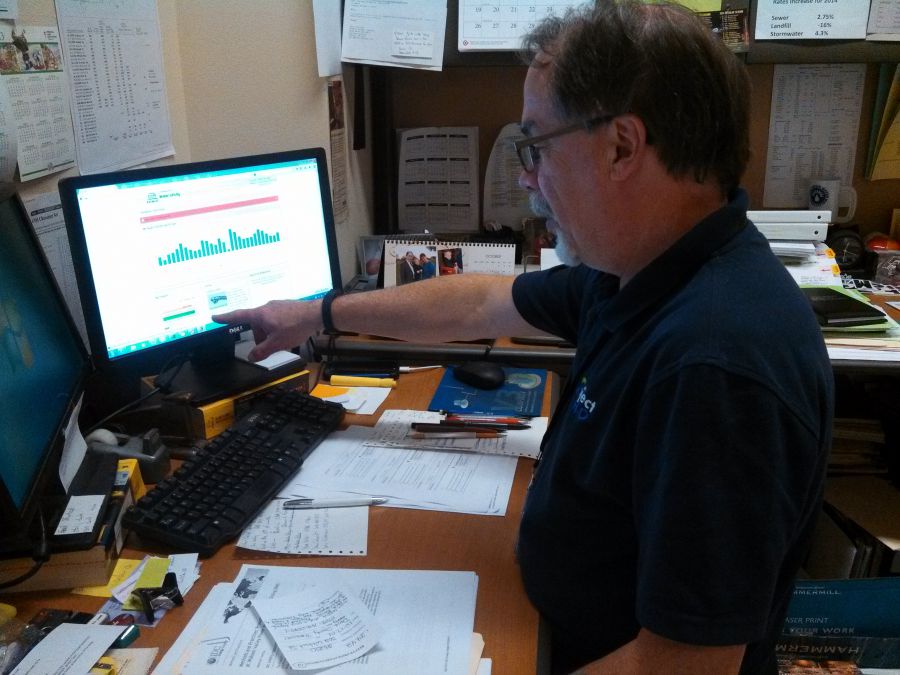 “I’ve heard from customers who say, ‘It will be nice to point out to my teenager how much water they’ve used in the shower,’” he laughs, adding that people will be able to quickly pinpoint the biggest water users in their homes, but it probably won’t be their kids in the shower.

“People will be surprised by some things like water softeners, how frequently they regenerate and how much water they use.”

He notes that old toilets and watering lawns and gardens can also use a large amount of water.

As for Mousley, she’s still taking plenty of calls from customers, but now she’s able to show them exactly how they use the water in their homes.

“Once we teach our customers the benefit of having this available to them, then they will make better use of it. I’m glad that I can help them. It does help our customers understand.”

This content is free for use with credit to the City of Madison - Madison Water Utility and a link back to the original post.
Category: Serving the Community, Sustainability
Tags: Customer Care, Conservation